Sort of a Reward 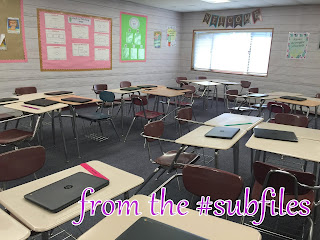 In fact, the teacher told me that if they wanted to mess around watching videos on YouTube or playing video games, she was fine with that. I wasn't about to tell them this, so when they asked what to do after they finished (or if they told me they weren't going to do it), I told them to work on work for another class or read a reading book. (This is my usual speech for when middle schoolers tell me they're finished with the assignment.)

It was sixth period. A girl called me over. I recognized her. She was one of the good ones. (Several of my problem students were girls, so that doesn't go without saying.)

"Congratulations," I said. "You get a free period."

Because, I totally could have told her she could do other work. And she might have chosen to do so anyway. But I'm totally good with telling her she can watch videos or otherwise veg all period. She earned it.
Posted by Liz A. at 8:00 AM