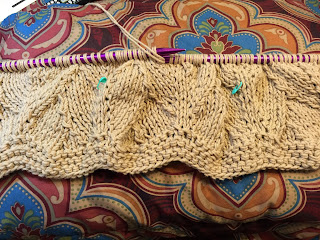 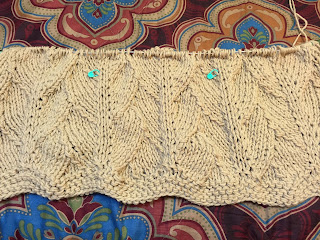 So, progress. I got a circular needle as the straight needles were a bit too short.

As for the other thing I previewed last week, it's made enough progress that it would now be recognizable. And one of the criteria for submission is that the piece hasn't been "...previously shown in any form [even just a picture] in another mag or on any website, including Flickr or Ravelry...". So, I won't be mentioning it again until it's had its chance at publication.

In other news, I did sign up for the A to Z Challenge again this year.

At the moment, I'm #195 on the list (but that's subject to change). I know there's a theme reveal day and all, but this year it'll be like all my previous years. Business as usual. So, nothing changes here in the month of April, except for the whole letter thing, and posting on Saturdays.

The other project I completed last week... 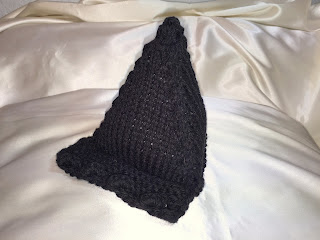 I probably should have made the phone cushion in black before now. It's kind of obvious when I think about it.