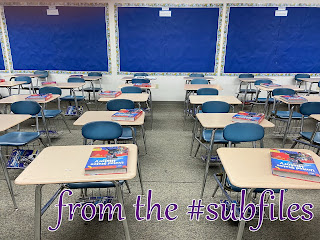 Seventh grade world history, first period. They were starting their unit on Asia, so they had a map to work on. They were to identify the countries, cities, rivers, oceans, and features listed on the map.

Sometimes I forget how young they are and how much they don't know.

"Is that where Indians come from?"

"Why do so many countries have -stan in their name?"

I spent several minutes trying to get a kid to stop saying "boo-dee-ism" for Buddhism. (This was the same child that wouldn't show me his paper. It was on his desk until I went over to talk to him. Then it vanished from his desk. He swore that he had done quite a bit of work, but he wouldn't allow me to see it.)

But the most repeated question was "how do you say...?" I was called to several desks and asked how various countries' names were pronounced. Pakistan. Turkmenistan. Uzbekistan. Etc.

If I had been covering more than one period of this (the teacher returned later that day), I would have taken the time with each class to read through all the names. Although, maybe not. There were a couple Chinese cities that I wasn't sure how to pronounce. (I'm so glad they didn't ask me those.)
Posted by Liz A. at 8:00 AM