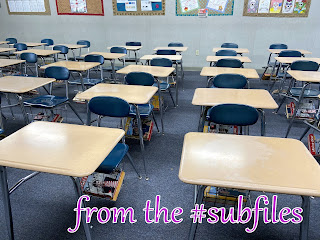 Monday I was called to cover a Spanish II class.

Class had barely begun when a girl asked to use the restroom. (This is not unusual.) But when another girl and then another boy asked, I noticed that the first girl had been gone a while. (It's a one at a time rule, so they couldn't go until the first girl got back.) This was weird as the restrooms were about three doors down from the classroom.

Whenever a student takes forever, I note it. Some students use it as an excuse to roam campus, and they can get into all sorts of mischief (vandalism, disturbing other classes, meeting up with friends, or meeting up with boyfriend/girlfriend to do things they shouldn't).

However, this time the girl immediately apologized for taking her time. She explained.

There have been a lot of fights on campus lately. I can't fault her for looking after her own safety.

Although, she could have asked for a health office pass. I never refuse those.