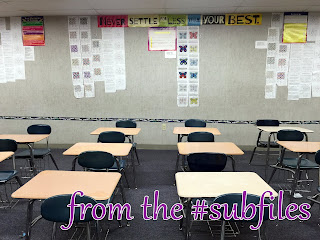 Middle schoolers, in general, are terrible liars. (There are some masters of deception, but mostly they just can't manage it.)

Seventh grade math. Second period. I was taking roll via a seating chart. But because seating charts (especially in middle school classes where teachers are constantly moving kiddos) aren't always 100% accurate, I was calling out the names of those I was marking absent.

"He's here. He's sitting over there," a student let me know.

But when I looked over at Jake, he claimed he was Steven. He was sitting in Steven's seat.

Usually that's enough to make the student give up the game. Not Jake. Nope, he was willing to be absent to be Steven.

(Turns out that Steven was suspended, so he was marked absent anyway. And no, I didn't mark Jake absent. It seemed silly to do when I knew he was there.)

Needless to say, Jake was a difficult student.

But what was remarkable was how the rest of the class would not play along. Occasionally one of the kiddos would ask Jake something. They'd call out "Jake". He would say, "I'm Steven". And they would roll their eyes, finish whatever it was they wanted to ask, and then go back to what they were doing (which was mostly the assignment).

Because the rest of the class was behaving, Jake was not able to cause enough of a commotion for me to need to kick him out. But he got a starring role in my note to his teacher.

I was three doors down from that class the next day. I ran into Jake's regular teacher. Jake's antics got him suspended from class. And not for the first time. (Jake has been an issue in that class all year.)
Posted by Liz A. at 8:00 AM