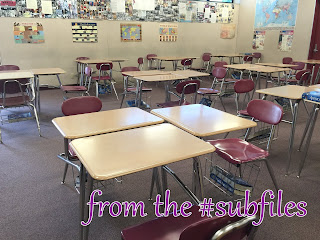 Today's post is NSFW. Apologies. I try to keep things PG around here, but I really want to tell you about this...

"That's not what that means."

It was a rather weird Monday where I ended up covering four different classes. Fourth period it was a US history class. They were supposed to be perusing a chapter on the Cold War.

(It was next door to the class I covered the week before spring break.)

But if they were on task, this wouldn't be a very interesting post.

It was a rather literal interpretation, involving smacking/slapping a certain part of the male anatomy.

That's where I chimed in. I jump into student conversations when misinformation is being perpetuated.

"That's what it says on Urban Dictionary. I took a screenshot. Want to see?" she replied.

I did not. "Well, then Urban Dictionary is wrong."

I trust Urban Dictionary, so I was surprised. I thought the term was fairly well-known.

Normally I would just shut this whole thing down, and I did, but I first provided the actual definition. Because they are 16 or 17 years old, and they really shouldn't get any older thinking what she said was true. (If this had been a middle school class, this whole thing would have gone very, very differently.)

Discussion finished, I pulled out my calendar to update. (I keep track of what classes I cover.)

"Are you writing this down?"

The girl then put on a brave face. She informed me that Mr. T wouldn't be surprised, and he wouldn't even need her name as he would know it originated from her.

(I hadn't planned on mentioning it, but since she asked, I realized Mr. T might enjoy the humor of the situation, so I did then make a point of including it in the note. Later.)

After school, I checked Urban Dictionary. I could not find the definition she cited. I did find several iterations of the correct definition. Check it out.
Posted by Liz A. at 8:00 AM