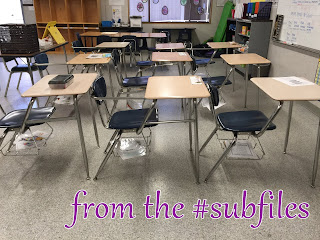 It was one of the severe special ed classes. Lunch time.

While the kiddos were at lunch, their instructional aides were out supervising. But the aides get a lunch, too, so there's a bit of a juggle. They have to find time for their lunch (usually during class time) while making sure the class is manned.

As the teacher, my lunch is when the kiddos go to lunch.

However, there was Jason. Jason was non verbal and confined to a wheelchair. He was fed through a tube by his one-on-one aide a couple times that day. He could not be left alone.

Jason's one-on-one took her lunch before the actual lunch so she could be back while the other aides were out supervising lunch. But, because of time constraints, there was a small gap of about five minutes (normally, but this was a block schedule day, so the gap was more like ten) where Jason didn't have supervision. On a normal day, the teacher took over for that time.

If it was normally the teacher's job, then on this day it was mine.

I was warned to watch out for seizures and told who to go to if something went terribly wrong. As the one-on-one would be back shortly, we didn't think I'd have to worry about that. And then it was just Jason and me.

It was technically my lunch, so I pulled out my phone. But Jason was there. He wasn't furniture.

What does one say to a non verbal kiddo, though? I'm not great at small talk, and my general conversations wouldn't be of interest to the boy. I'm more of the listen-while-someone-else-talks kind of girl.

So, I did what I usually do when I have a bit of time during the school day. I looked through my Instagram. As I did so, I tried to find some things that maybe Jason would find interesting. I didn't think he'd find the knitting and crochet projects (the majority of my feed) all that fascinating, so I apologized for not having much to show him.

It wasn't the most scintillating talk. I made some random comments about the day and such. Because, I couldn't not talk to him. That just felt wrong, somehow.

The one-on-one was surprised to find me and Jason alone. Apparently subs don't watch Jason. I don't see why not. But, I guess I just assume I'm going to be doing that sort of thing when I cover these classes.
Posted by Liz A. at 8:00 AM