Worst of the Worst 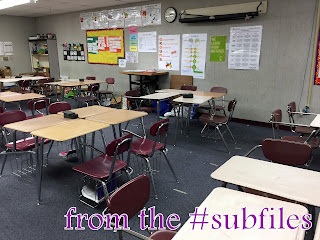 I had been warned about 6th period. While the rest of the day was 8th grade math, period 6 was the "support & enrichment" class (read: the extra math class for students who hate math). I kinda knew what I was in for even before they arrived.

In a class of the difficult, table 1 stood out. Jacob and Elijah were just that little bit of extra crazy. Let me see if I can recall their shenanigans:

Would you be shocked if I told you they got no work done?

Even with that list, I did not spend the period hovering over the boys. There was plenty of other crazy to contain, although not as crazy as Jacob and Elijah, of course.

A little over halfway through the period, I was on the other side of the room. Everybody's attention was drawn to Elijah throwing his arms in the air as Jacob... (Don't ask. I have no idea.)

The boys at table 8 (where I was at that moment) looked at Jacob and Elijah in disgust. (Keep in mind that they were loud in their own right.)

"You need to write their names down."

(Name in note can be a serious consequence. In the case of this class, the teacher had specified that she wanted names taken, with a likely outcome that names in the note got severe consequences.)