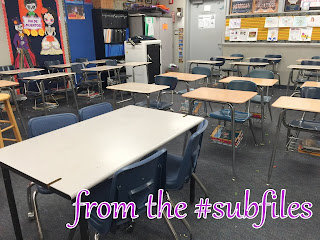 Some days are just strange.

It was Thursday. Halloween. I ended up covering Spanish. (The teacher had taken the Spanish club to Olvera Street for Day of the Dead celebrations.)

Fifth period was an AP (advanced placement) class. The lesson plans had them "joining" their class on the CollegeBoard website (which, of course, hit some technical glitches) and then going outside to practice their song.

Luckily, the smell of wildfires wasn't as bad as it had been earlier in the day. And the winds had died down somewhat.

When I saw "practice their song", I assumed they'd be singing. But when I finally joined them outside, I discovered it was a dance they were doing.

A couple students got stuck "joining" the class. First, most of them had to create an account, and they had the usual issues with the log in then not working. You'd think kids that age would know all the tricks, but they had the same issues we all do with these things.

This dance? They were really bad at it.

Apparently, they were to perform it the next day. So, they badly needed the rehearsal. Things did not go so well.

They were not in sync with each other. A third were at any given time not doing what the others were doing. And until someone started calling out the steps, most kinda stumbled through the whole thing.

Deep sigh. At least they were aware of how not ready they were.

What dance were they doing? I bet most of you are familiar with it...


And in this video? They're way more in sync than period 5 ever got. (The first minute and a half is what they did. At the two minute mark, they switch into the fast version. Period 5 attempted the fast version. Train. Wreck.)
Posted by Liz A. at 8:00 AM