Do you finish things you start? I generally do. No matter how long it takes.

I cast on 324 stitches. I figured I'd work until the yarn ran out.

I've talked about the scarf as I've progressed. Here are the posts if you'd like to see it as it grew:
But then, almost two weeks ago, I took a look at the scarf. It was looking wide enough.

How wide should a scarf be? I decided I'd aim for 8 inches.

I measured my scarf. It was 7 inches across.

Keep in mind, I've been working on this puppy since June. 2018. (Ravelry is great for keeping track of these things.) I was beginning to think I'd never finish the thing.

8 inches is long enough. I was calling it. One more inch to do...

I pretty much dropped all my other projects and focused on this one. And on Friday, I finished. 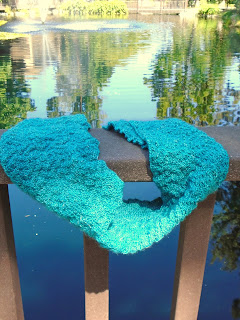 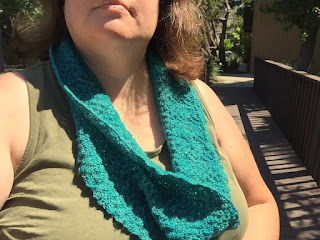 And I had a bit of yarn left over. I have no idea what I'm going to do with it. I'll worry about that later. 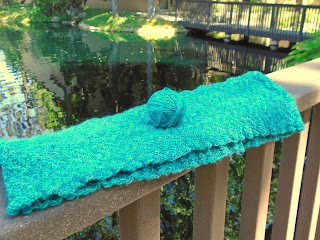 Now that that's finished, I can concentrate on the other scarf. 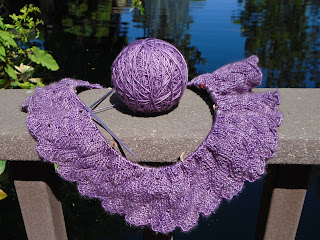 I started this one in November. So, totally doable by December, right?
Posted by Liz A. at 8:00 AM