This month's knitting "theme" has been Projects that Fell by the Wayside. But I don't know if that really applies to this week's photos. I'll let you decide.

I put these projects aside with all the others when I started my Christmas knitting. But they were the first ones I picked up. And they're not nearly done.

I started the turquoise one on June 4th (according to its Ravelry page). I've made quite a lot of progress on it, but it still has a ways to go... 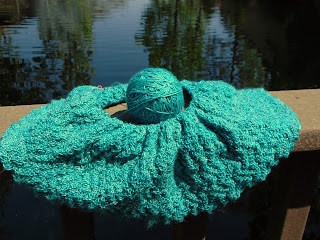 I got the color to come out almost correctly (it's a bit darker than this). It's an infinity scarf, so I'm working it the long way around. The width is almost there. I'm using a stitch pattern called Broken Chevron... 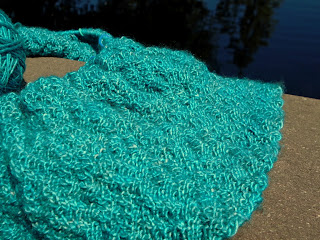 ...which is hard to see here. I'll have to block it well once it's finished.

The purple passion one I started on November 11th (it has a Ravelry page, too). It took me a while to wind the yarn and pick the stitch pattern, and then I had to rip it out and start over due to a miscalculation. But it's coming along... 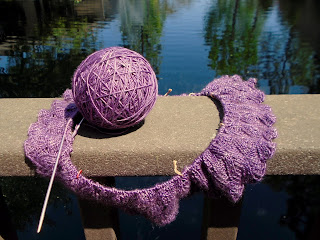 It's a much more fun stitch pattern, so I find myself working on it more frequently than the other. 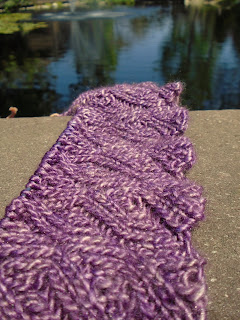 But since the turquoise had a five month head start, it'll probably be finished first.

I'll keep plugging away on them. And I'll post pictures once they're completely completed. Which is taking a good long while. But that's because of the fine yarn, which means they'll be lovely lightweight scarves when finished.

I mean, I'm bound to finish them eventually, right? Right?!?

Have you ever worked on a project that seemed to take forever? Did you finish it? Do you like infinity style scarves? 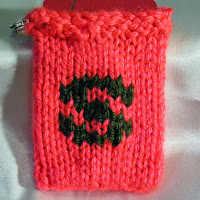 Email ThisBlogThis!Share to TwitterShare to FacebookShare to Pinterest
Labels: a to z, knitting, photo, scarf