Another Pair of Ugly Slippers

It was January. And I was nearly finished with my Christmas knitting. (For 2018. Which, at this point, is pretty good for me.) So, when I got a request in the comments for a pair of the slippers, I promised that I could have them done in a couple weeks.

And then my ceiling rained down on me.

I still have a big hole in my ceiling. But my projects are coming along again. So, I sat down and finished the slippers last week, on Saturday to be precise. 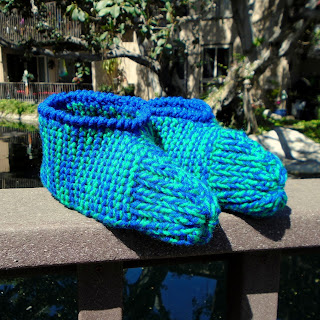 The photos were taken on Sunday. 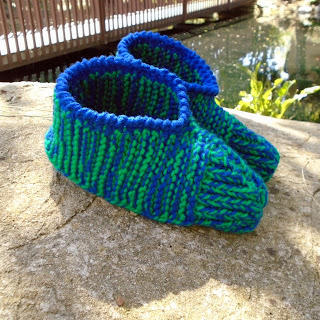 I probably should have checked to make sure she still wants them. It is getting warm again, after all. But I didn't want to promise a finished pair again without having a finished pair finished. Because, well, tempting fate and all. 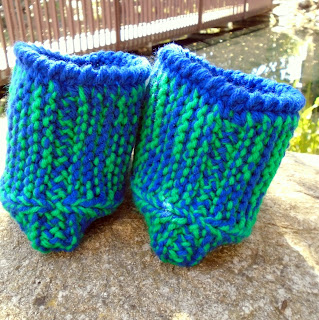 It's nice to be finishing things again. Actually, that's the plan for April. I have some projects that have been waiting in the wings for a while that I can spend time on. 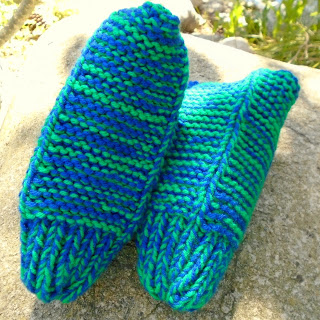 Mondays are the days I talk about my knitting (or crochet) projects. Hopefully all will go according to plan.

Do you have your April posts planned out? Did you have anything happen to throw your normal schedule out of whack? 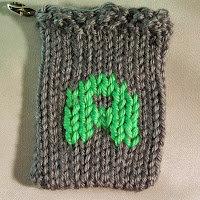 Email ThisBlogThis!Share to TwitterShare to FacebookShare to Pinterest
Labels: a to z, knitting, photo, ugly slippers