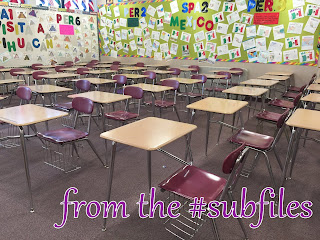 It was an extra period for me, so we got in the room late, and I scrambled to get up to speed.

The lesson plan said they should get their notebooks and take down the week's vocabulary. It said they do it every week, so they knew what to do.

Easy enough. I told them to get their notebooks and get started.

Some classes can be belligerent. They could be talking over me and not hear my instructions. They could be oblivious. But no. This class was silent. Attentive. But not moving.

"We're not allowed in her filing cabinet."

Their notebooks were stored in her filing cabinet. Apparently she passed them out every day. But the lesson plan didn't say for me to pass out the notebooks. It said for them to go and get them.

However, they were not going to touch her filing cabinet no matter how much I said it was okay to do it with the sub.

Okay, fine. I figured out where the notebooks were, got them passed out (and somehow figured out her filing system so I could put them away correctly), but they still weren't working. What now?

Her lesson plan said to pass out the page with their vocabulary on it, but there wasn't a stack labelled "Period 1". But, there were two stacks labelled "Periods 2 & 3". It turned out that one of them was just mislabelled.

I swear, it took me half the period to get them set up. At least they were a cooperative group. They were silent even as I was scrambling. And then working when they had what they needed.

I think I was more stressed out than if I had been fighting them to get to work. It's funny what you get used to.

Do you have your files organized just so? Had you ever heard of a Spanish class organized for those who already speak it? 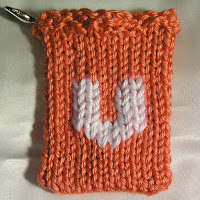