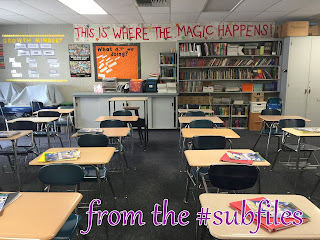 It was Friday, and my day up until that point had been fairly uneventful. I was asked to cover an extra period (naturally) for sixth period, and it was next door. I had a chance to talk to the teacher before she left.

Ms. M apologized for the class. There were only seventeen of them, but they had way more energy than anyone should have at the end of the day, she said.

They weren't out of the ordinary for a middle school class. They wouldn't settle to let me give instructions. There was the boy who thought he didn't have to sit in his assigned seat. Well, three boys. I had to stop the video four or five times because they were talking. And getting anyone to read the article (this was after the video)... They'd read when I insisted, but it took them forever to comply.

After taking way too long to settle them (again) for the next reader to go, I had just had it. They could answer the questions and finish the reading on their own.

They did, but they did it way too quickly.

Some days, I just don't have the energy for them. Stuff that should roll off my back irritates me no end. This day, I was just irritable.

They can't all be good days, I guess.

What irritates you no end? Do you have any energy at the end of the day? 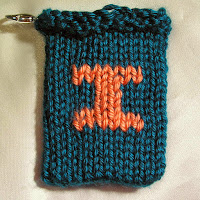