It was Friday, and I was surprised by a minimum day. That's a good surprise.

Although, it wasn't actually a minimum day for the students. It was what they call International Day, which is a day where the campus clubs sell food, and the kiddos spend time in a carnival-like atmosphere with dancers and other performers. The entertainment and the food are from many different nations.

So, while the classes ended just before 1 PM, the students were still "at school" until their usual dismissal time a little over two hours later.

However, they let the subs go after the classes were over.

I had checked out, and I was on my way to my car. At the above gate, there was a girl climbing over. (This is known as "hopping the fence". Read: ditching school.) She was almost to the top when I got there.

"What are you doing?"

Yes, it was pretty obvious, but I had to open the conversation somehow.

She did not have an answer for me, of course. She got her legs over the top, and she was ready to hop down on the outside.

I told her to go back on inside. She said she needed to hop down. I reasoned that it would be the same hopping down on the inside as it would be on the outside. She managed to get her legs to the outside, so it would be just as easy to throw them over the other way.

Keep in mind that I'm just a sub. I really have no authority here. And there's no other adult nearby. I have no authority to stop her, really. I can't grab her. I don't know her name. I can call the office and ask for security to show up, but by the time they get there, she can totally be gone.

But, the girl tossed her backpack down to her friend who was waiting on the other side (presumably to follow her over the fence after she got out). And then her phone.

The boy questioned why she was doing this. She informed him that I was telling her she couldn't leave. (Although, I could see him, he could see me, and we could both hear each other, so none of this was news to him.)

Then the girl threw her legs back over and hopped down. On the inside.

I knew they'd try again the minute I left. So, I waited. The girl and boy argued. I was still there. And I debated calling the office to let them know about the soon to be breakout.

The girl and boy walked back towards the festivities which weren't too far away. That's when a woman I recognized from the main office turned the corner. She talked to the boy and girl.

I figured it was safe for me to leave.

Did they eventually find a way to escape campus? Perhaps. I rather hope the woman booted them to a detention of some sort. While she's not an administrator, she works with them. At the very least, their attempted flight was noted.

Does this make me the bad guy? Well, in their story, at least.

Would you have let them leave? Did you ever ditch school? 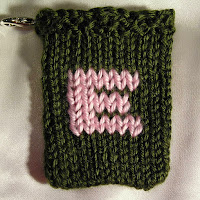 Email ThisBlogThis!Share to TwitterShare to FacebookShare to Pinterest
Labels: #subfiles, a to z, about a student, difficult student, leaving class, substitute teaching