I may not be very coherent for the next week or so. But before I whine, let me show you the pretty pictures.

The gray behemoth made it to its new home... 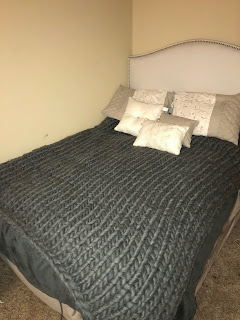 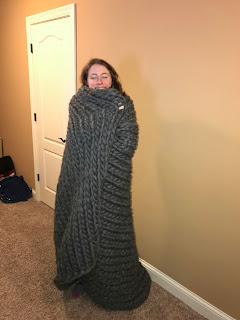 (If you want to say "hi" to my niece, you can find her on Instagram here and here.)

The rest of this post is me venting. It's been... Yeah. Consider this your warning. You might want to get out now.

1:15 AM. Saturday. I don't know what it was that woke me. But as I drifted awake, contemplating if I really, really needed to use the restroom or if I should just go back to sleep, I heard dripping. Kind of like rainfall. But the sound was wrong...

I jumped out of bed and turned on the light.

From that light, which was part of a ceiling fan just over my bed, was water, dripping onto my bed.

And then the dripping sped up.

I grabbed a couple towels to help sop up the water. Not sure what to do, I looked about for a bucket of some sort. I noted the time.

As the water sped up more, becoming a stream, more water started falling from a different part of the ceiling.

By the time I got my roommate (who owns the place) involved (yes, I woke her at 1:20 AM-ish), water was also streaming from just outside my closet. Landlady called it a waterfall. I called it a deluge.

Luckily, we had access to the water shut off for the building. Unluckily, the emergency line we contacted didn't send a plumber overnight (even though they said they were).

The water stopped after about a half hour. The plumber arrived 12 hours later.

I pulled all the sheets off my bed and put them in the bathtub. That's when I discovered that my mattress pad was awesome. My bed was basically a pool by the time the water stopped, but my mattress was only wet in a small spot right where the water had been dripping.

If I had been thinking, I would have taken pictures. I wasn't thinking.

Anyway, the plumber tried to replicate the issue. Above my room is a bathroom. He ran the shower. He flushed the toilet. No water. And this was after turning the water back on, and nothing happened.

(In other words, we turned off the water to our whole building--I don't know how many units--on a Saturday morning for nothing.)

What the plumber did find was a sopping wet bathroom. Wet floor. Wet clothes. Wet towels. And a stopped up sink.

The tenant above us? Yeah, he says no leak. No issue. Nothing happened.

Uh... Really? Apparently I'm a miracle woman, then. If only I'd known when we were in full on drought a year or so back. I could have single-handedly ended it.

So, it's now Sunday night. I've commandeered my other roommate's room. (She's out of town visiting friends.) My room has a dehumidifier going. Last I checked, it's 83 F in there. This is the stopgap measure until they can get someone to remove the ceiling.

They checked with their sensors, and the ceiling is wet. It's probably in the insulation. And we don't want mold.

I'm around. But my routine has been shot to hell. Hopefully I'll make the usual rounds this week. But we'll see. I'm taking things one day at a time right now. I have a bed tonight. I'll figure out where I'm sleeping tomorrow night tomorrow.

And hopefully things will get put back together sooner rather than later.