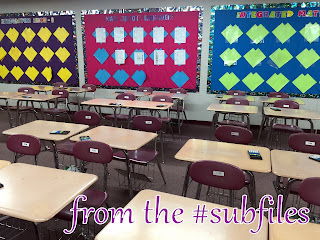 It was one of those classes that I'm only grateful for because it's good for the blog. Freshman math. On a Friday. With a quiz.

Girl: "Give me back my pencil."

Boy: "It's my pencil. I was using it in first period. Everyone here will back me up."

All I wanted was for them to stop talking and work on their quiz. This was the latest distraction to keep the kiddos from behaving. (I demand silence until all the quizzes have been turned in.)

It was a light blue mechanical pencil. Very nice. And if they couldn't decide between themselves whose pencil it was, I was going to take that bone of contention and let their teacher decide. On Tuesday.

(I believed the girl. In these situations, the person with the item who claims it's theirs is generally lying. But, the liar gets very vocal, and at this point all I wanted was silence.)

Once that was settled, there were other issues to demand my time. The day was bad. And in a bad day, this class (second period) was the worst.

So, of course, as they're leaving, the boy said to the girl: "Did you get your pencil back?"

Because, naturally. To my face he swore up and down it was his. Just to mess with the girl, I suspect.
Posted by Liz A. at 8:00 AM