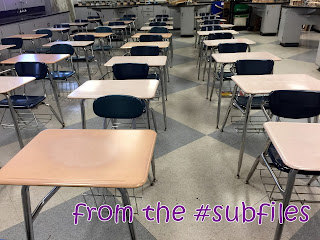 Earth Science. Mostly freshmen, but there were sophomores, juniors, and seniors mixed in. I had been warned going in that they could be a handful.

The assignment was an earthquake risk map. They were to color in each state based on how many earthquakes had ever been recorded there. They were given all the data they needed to complete the map. Well, almost.

The map of the U.S. didn't label the states.

(It turns out that I actually can locate all the states on a map. This shocked me. I assume I learned it via this quiz. Because, I can tell you for certain I could not have done this when I was their age.)

This was going to be a problem. These are the kinds of students who will make a whole lot of mischief and a mess if left to their own devices. And being unable to complete the assignment would have turned the class crazy fast.

I scrambled to find a labeled map in their book. I checked the table of contents, the appendices at the end, but to no avail. I mean, the earth science book had plenty of various maps, just none of the U.S. with the states labeled.

So... I let them pull out their phones to look up maps. This class had a strict no phones policy, and these were the kinds of kiddos most likely to abuse any lessening of the rules. But there was no way I was going to give them an excuse not to work.

And the day went surprisingly well. Only a couple students abused my trust.

Then, in fifth period, I glanced at one student's desk. His earth science book was open to a map with all the states labeled.

IT HAD BEEN IN THE BOOK THE WHOLE TIME!

I did not have to allow phones.

To be fair to me, I don't look at their books often. And this map was a random natural resources thing buried in the middle of some random chapter. I probably could have found it if I had had time to flip through the book...

Still, it would have made things go so much smoother if I could have pointed that out earlier.

Sigh. At least I didn't have to let sixth period use their phones.
Posted by Liz A. at 8:00 AM