I didn't do a whole lot of knitting last week. I know, I say this a lot, but this last week I had an excellent excuse. I'm still out of my bedroom.

I'm hoping it'll be about another week until things have been repaired. But considering how the clean up has gone, I'm not going to hold my breath.

(It's gone well, considering. But, just when I think something is going to happen, a contractor cancels. Or, one contractor tells me that I'll have access to my stuff, and then the guys who are doing the work on Saturday morning inform me just as they're about to start that I won't have any access until Tuesday late afternoon. And I have 20 minutes to grab everything I might need until then.)

So, yeah, it's been interesting... 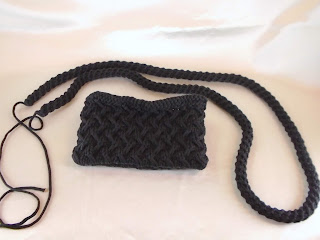 (Apologies for the pics. My normal background fabric is in my sealed off room--there was mold--and my lights need charging--someone brought out the lights but not the charging cables.) 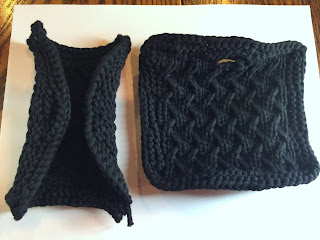 The one on the left is the first attempt. I knew I could get it not to curl, hence the second attempt on the right. (This is the flap for over the purse.) 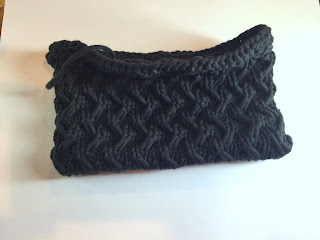 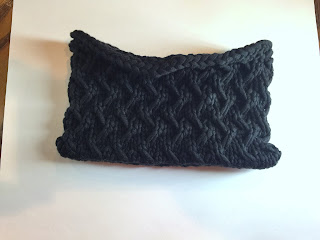 In an attempt to prevent that curl (the top), I decreased the stitches (the bottom), and found that it didn't make much of a difference. Sigh.

Next time (if there is a next time), I'll crochet an edging on it. It'll be much easier, and I can probably fix that curl better. I hope.
Posted by Liz A. at 8:00 AM