Mr. O and the Powerpoint Remote 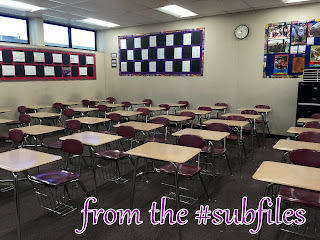 I don't generally cover Spanish classes (silly me took French in high school), but the pickings were slim that Monday...

I arrived to find the best of surprises: a student teacher. Woo-hoo! It meant I'd be pretty bored, but at least I didn't have to pretend to have any idea of how to speak Spanish.

He'd already set up the computer when I got there. As it was Monday, he went through their usual PowerPoint of the week's vocabulary. (When I was a kid, all we had was the book. Now, he puts up pictures to accompany the vocabulary words along with other examples to make the words more memorable.) The whole procedure went so smoothly I figured this was what they did every Monday.

However, there was one issue. The remote the student teacher used to advance the slides wasn't working.

Bonus for me, as I needed something to do. I stood at the computer and hit advance when he was ready for the next slide.

After two periods, he looked down at the computer and wondered where the USB drive that was usually in the computer was. And that's when I found it in the remote...

Obvious, in retrospect. We won't complain about Mr. O, either. He's only been student teaching about a month, so it's easy to see how he might not have figured this part out yet.

(And with the remote found, I had nothing to do but watch. Some days I really wish I had brought my knitting.)
Posted by Liz A. at 8:00 AM