Ms. V and the Rounding Expert 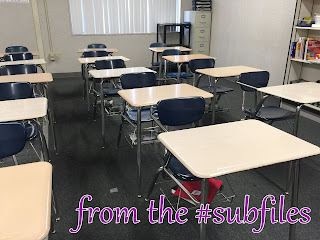 On Wednesday the topic was joint and relative frequencies on two-way tables.

Ms. V would go over a bit, then she'd have them do a couple problems on their own before going over what they should have gotten. When they were trying the problems, I actually had something to do. I'd walk the room and help those with questions.

They were dividing numbers, and their answers were decimals. Ms. V had told them to round their answers. And that's where most of the questions came from. They weren't sure how to round.

I don't know why rounding is so hard. In the various math classes I've covered (and I've covered quite a few), rounding keeps coming up, and the students are struggling.

At a pause, I let Ms. V know that that was what most of the questions I got were. She assured me that she had just gone over the topic with them. (That I did not doubt. I only brought it up so she knew what issues they were having.)

Ms. V continued with the lesson. At the next pause to let them try out the problems, Ms. V made an announcement to the class: "If you have questions on rounding, ask Ms. A. She's an expert on rounding."