I made a bit more progress on the scarf this week: 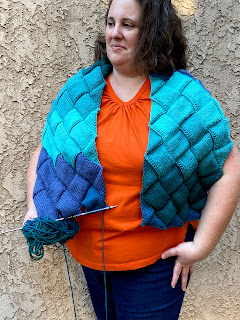 At this point it's big enough to wear. But my sister-in-law wants it 8ft long, so I've still got a ways to go. Right now it's somewhere between 5ft and 6ft long.

But I took a pause to knit something for my landlady. 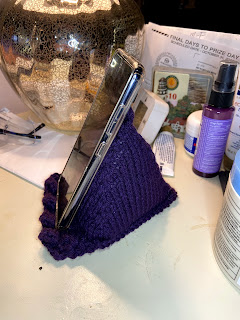 At one time I had these in my shop, but they were kind of a dud. The pattern does fairly okay. Lately, I've noticed that soft phone/tablet holders are popping up at various shopping sites. So, I figure it's time to promote mine again.

(The original "rough draft" version appeared on this blog in 2013. The improved version is available on Etsy and Ravelry.)

Next week I have a milestone post. I have no idea how I want to commemorate it.