A Group of One 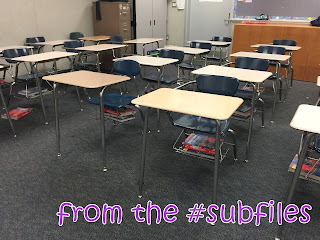 I had a really easy week covering a class that had a student teacher. He did all the work. Well, except for that one period...

On this day he had to leave early as he had a job interview. So, I would be actually doing my job.

They were to get into groups of four. Then they would look up (on the Internet) Marco Polo and the Medici family. They were to find a number of facts about each. This was to lead into talking about these topics.

I introduced the assignment and released them to get into groups. (This was the "advanced" class, so they could be trusted to work with their friends.) Two students had paired up but needed two more to join their group. I went looking for other students similarly situated.

Mostly, they were in groups of four. I found one student on his own. I told him there was a group he could join. He didn't want to.

The assignment was set up so each person in the group had less work to do. As a solo, he'd have to do four times the work as the rest of the students. I pointed out that working with a group would make his job easier. He said he'd rather work alone.

I said he could, and I went looking for others to join that first pair. I found another girl who also wanted to work alone.

Eventually, I found a third for their group, but alas, no fourth.

There is a mentality among some "advanced" students of perfectionism. They don't like working with others. (Even though this wasn't the sort of assignment that really called for being all that perfect.)

The funny thing was, the students still scrambling at the end of the period were the students in groups. The solo students were completely finished. (Perhaps they were on to something...)
Posted by Liz A. at 8:00 AM