I was gifted a skein of yarn. I decided I'd make myself an infinity scarf with it.

I looked through my stitch dictionaries to find a stitch pattern to use. I decided to go with one called the Porcupine Stitch.

I made a test swatch. I figured out about how long I'd want the scarf to be. I did the usual calculations to figure out how many stitches to cast on. And then I began.

I've already blogged about this and how I made a bunch of mistakes at the beginning... 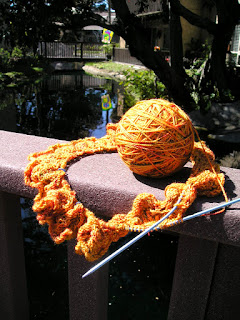 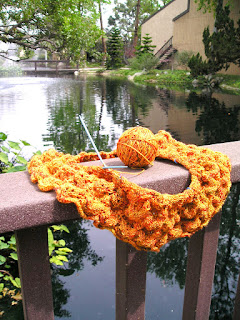 And that was about a month before now.

Because I only had the one skein, how wide the scarf actually became was somewhat out of my control (because I was knitting it long-ways). I'm terrible at estimating sizes. I hoped for rather than expected everything to work out in the end.

The other component of this knit was when to end it. The stitch pattern repeats every nine rows, and I wanted to end on a row that mirrored the beginning of the scarf. But, I only had the one skein, so I had to end it before I ran out of yarn.

Last Saturday (the 5th) I thought that was it. But as I approached the row I'd need to bind off, that ball of yarn looked like it had another repeat in it. So, I continued on.

Then this past Friday (the 11th) I approached the predetermined bind off row again. I looked at the remaining yarn and wondered... 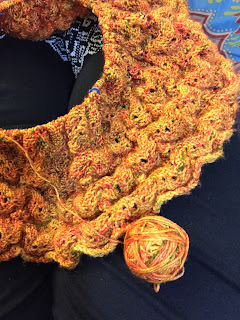 Well, there was one way I could determine with certainty. I could weigh it.

(This is an old knitting trick. If you've knitted one mitten and you're not sure if you have enough yarn for a second, weigh the mitten, then weigh the loose yarn. If the yarn weighs more than the mitten, you're good to go.

As this isn't mittens, I needed to do a few more calculations. Weigh the project (minus the needles). Determine how many pattern repeats had been completed. Divide weight by pattern repeats. If that number was smaller than the weight of the remaining yarn, I'd be good to go.)

I got out my scale, and... The batteries were dead. And I had no AAA batteries in the house.

I got to the bind off row again...

And I decided not to risk it. It was finally time to bind off. That was Saturday night...

I finished the thing sometime after midnight. 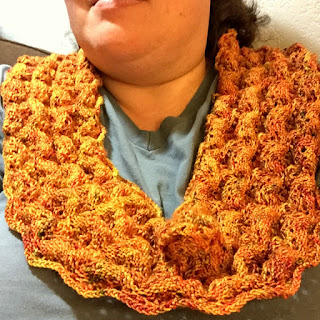 I haven't blocked it. I kind of like the texture. 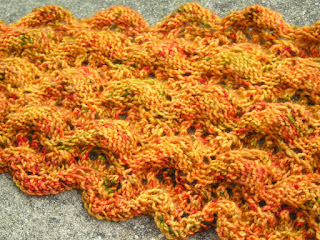 And I don't want to flatten it out. Who knows? I may decide to block it later. (I'm not going to be wearing it any time soon. We're going into warm weather season.)

So, did I have another pattern repeat's worth of yarn? I'll let you decide. Here's how much yarn I had left over when I cut the yarn after finishing the bind off row... 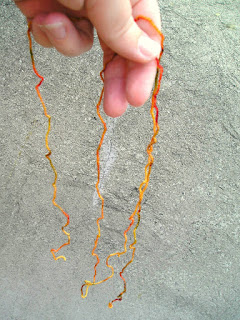 I think the size turned out just fine... 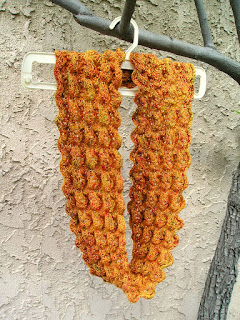 And now I'm again in between knitting projects. Deep sigh.
Posted by Liz A. at 8:00 AM