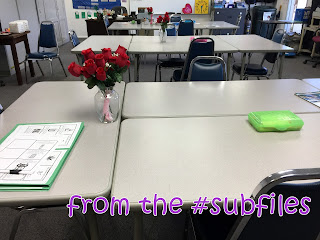 I was back at the adult transition center, and of course we ended up at the mall.

This was a different class than the one I'd covered previously. These students were a bit more high functioning than the other class.

Outside the mall, we waited at the bus stop. I noted the signs. There were four different bus lines that stopped in this one spot: one for the city we were in, two for neighboring larger cities, and one for the neighboring county. (If you know the area, that all four lines met here would make sense.)

I have a car. I don't normally take the bus. So, while I knew what color bus ours was, I had no idea which route we were on.

When a bus that was the right color stopped, I didn't know if it was ours. I asked the students as if I knew the answer and I was just testing them,"Is this our bus?"

Nope, it wasn't. Our bus showed up a short time later.

(There was also an instructional aide with us, so it wasn't like I was doing this solo. But she was a ways away, and I wanted to know if we needed to move just yet. The students didn't appear to care one way or the other.)
Posted by Liz A. at 8:00 AM