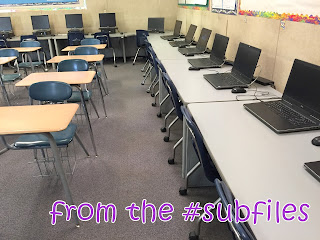 Math class at the continuation high school. Earvin was in period three.

Class had barely started when Earvin asked to go and talk to the counselor.

I called, but I got her voicemail. I knew she was on campus, but if her voicemail was picking up, that meant she was busy. And I wasn't going to send a student to her office if she was occupied with something else. So, I told Earvin no.

That should have been the end of it. But this is Earvin we're talking about.

He wanted to talk to someone "in the office". I knew the principal was off campus. No other administrators were around. Only the secretaries and clerks were there. But Earvin insisted, so I called to ask if he could go.

Earvin was on a mission. He wanted out of class. So, now he needed to go "work" in another class. Could he go to another room?

I called the teacher. He didn't want Earvin either. (I don't blame him. I wouldn't take him if he wasn't enrolled in my class.)

So, we're done, right? Earvin realized he was stuck and got to work, right? No, of course not. Earvin picked another teacher to try.

"Is he driving you crazy?"

Well, yeah, but that's normal. I can take it for a period. I didn't say this, however. I don't remember what I said. But this teacher said yes.

I did state that Earvin could remain with me. Earvin overheard and protested...

So, in the end Earvin got out of math class and went to PE instead. It calmed the room way down. (There was this girl chasing him, and he was running away...)

But I ran into the counselor later. She told me that Earvin has been "getting out of" math quite frequently lately. He doesn't seem to get on with the teacher. However, he's getting close to finishing, and math is one of the few subjects he needs to finish, so he needs to stay in class.

(Turns out that not having the counselor answer the phone worked in his favor, for she would have said that he shouldn't go anywhere.)
Posted by Liz A. at 8:00 AM