The Right Not to Protest 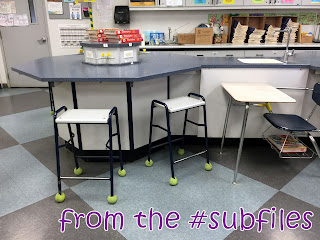 You may have heard that last week there was a little national walkout (#NationalWalkoutDay)...

All week I covered a chemistry class (well, Tuesday through Friday). 10 AM occurred just after the start of third period.

We had just finished correcting their homework. I looked at the clock. It was nearly 10 AM. Not enough time to start their quiz before, so I hit pause on the lesson. Whoosh. The students all got up and left...

"I'm going to stay and do my homework."

One boy told this to his friend. The friend was urging him to go. It wasn't like he was going to miss anything as practically the whole class had gone.

They argued. But the boy didn't really want to go.

I opened my mouth to urge the boy to go. This was one of those moments where someone can stand up for what's right. As the school was supportive of the walkout, it wasn't like there was going to be any blowback for him going.

But I realized that just as the rest of the class wanted to go, he didn't. And pushing him to go when he didn't want to was as bad as keeping kiddos in class when they felt it was important to walk out.

So, I said if he wanted to stay, he could stay.

In the end, three students remained in class (out of a class of twenty). I don't know why they stayed in. It wasn't my business, really.

From the sounds of it, the majority of the school walked out. They returned shortly. And once they were all back, I gave the class their quiz. After, we went on with the rest of the lesson. (They quiz took them five minutes.)

I kind of wanted to see the walkout, so I was sad to have to remain in class. But then again, I've been working through a cold, so it was nice to sit and rest for a bit.