Lost at the Mall 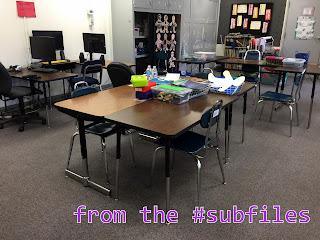 Last Monday I went to the mall. And got paid to do it.

It was the first time I went to the adult transition center. It's the place they send the severe special ed kids who age out of the high school program. On Mondays they do their CBI or community based instruction. That is, they go to the mall.

Turns out the Halloween store didn't have the costume the girl was looking for. So, we went in search of the rest of the class. We got to Costco only to not find the class.

Did I misunderstand? Did they mean the mall's food court?

It was a bit of a trek, but we made it to the mall's food court. Only... Right. Not there either. So, back we went.

Oh, did I mention it was warm that day. The high was in the upper 80s. Ahem.

Okay, so we get back to Costco, and there's the rest of the class. Naturally. (Apparently, they went inside the Costco for something.) We should have just waited. (Oh well. That's half on me.)

And that was just the beginning of our adventures.

I never get to go on the "field trips". So, this was kind of fun. We were gone for more than three hours, and we took the bus back.

Why I avoided going to this school before, I have no idea.
Posted by Liz A. at 8:00 AM