How Not to Wear a Ribbon 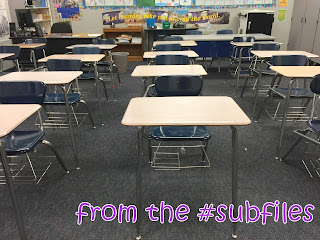 I saw the small bag with the ribbons in them when I arrived in class. The Post-It said I was to pass them out to first period and why. But, being a middle school class, I figured passing the ribbons out at the end of the period would be for the best, so I set it aside.

But then, midway through the period, one of the assistant principals came over the PA to say something about the ribbons. Now the kiddos were clued in to their existence, so against my better judgment, I passed the ribbons out.

These were the standard small lapel pin ribbons that celebrities wear on the red carpet. These ribbons were orange, and they had provided a small pin to attach them to clothing. (Alas, not a safety pin...)

If you know middle schoolers, you know what came next.

They couldn't figure out how to attach the ribbons. I tried to demonstrate, but they were mostly not listening. One girl just had me attach the thing to her shirt.

The boy next to her, however, decided to pin the pin through his finger.

The girl was grossed out. She asked him to take the thing off his finger. Knowing it was bothering her, the boy, of course, now made a bigger deal out of the pin sticking in his finger than he had before.

I'm squeamish. I objected to this display as well. When the boy wouldn't relent, I informed the boy he had now lost the ribbon. He handed it over with minimum fuss.

The rest of the class managed to attach the ribbons to their clothing. One boy put it on his pants. Another put it on his backpack. The other boy who attached it to his finger put the ribbon on something else.

At the end of the period, the boy wanted the ribbon back. They were having an assembly that day, and all the students were encouraged to have them on. I explained that if he attached it again to his flesh, he would lose it completely.

He attached it to the hood of his sweatshirt. Well, I said it had to be on his clothing. So, good enough. He argued that attaching it to his hair would work as well, but I vetoed that idea. And then they left.

Why were ribbons being distributed to the students? They were in honor of the student who passed away over winter break. Cancer. They were honoring her with a moment of silence at the assembly.
Posted by Liz A. at 8:00 AM