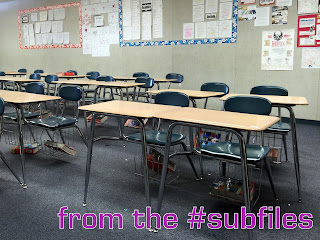 It was two days before their winter break. I had an 8th grade English class (with Blaine!). And they were... well... kind of how you'd expect.

The period started. I had just gotten them settled enough to explain the assignment. As I began explaining about the story they were about to hear, a voice from the side of the classroom announced:

Half the class raised their hands.

I just about got them settled again when Abraham asked another question.

I growled at him. That's when I noticed he wasn't in his assigned seat.

First I told him to get to his proper seat. Then I had to explain the inappropriateness of shouting out non-sequitur questions while I was trying to get class started.