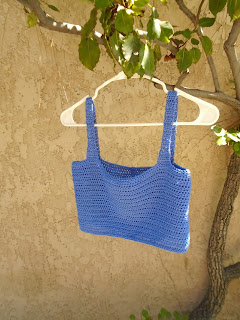 It wasn't a difficult project. I should have finished it two weeks ago. But school started, and I got slammed with lesson planning and teaching and such. By the time evening rolled around, I didn't have the mental capacity to do all that much, and the top fell by the wayside. 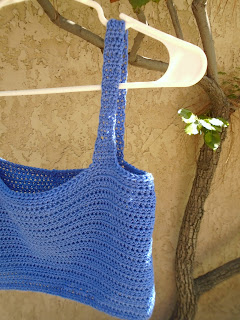 Because, seriously, those straps should have taken maybe two nights. And that's including after showing them to the niece and having to redo them because they were too wide for her. 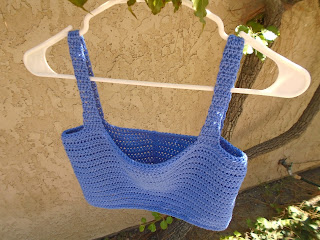 Something that I've hidden in previous posts and pictures is that there is a seam at the back of this thing. . . 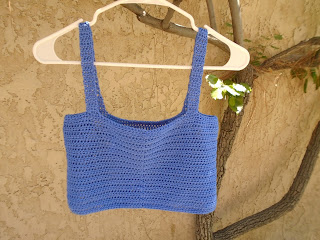 It took me by surprise when I started the pattern as the designer had hidden it. It was worked in the round, but it was also worked back and forth. It was an interesting design choice, but I see why the designer did it that way. (I only mention it so it doesn't take anyone else by surprise.)

So, now it's done. Finally. (As is my gig at the alternative education center, but more on that on Wednesday.)

My next planned project needs to not be mentioned on the blog for a couple of reasons, so I have no idea what I'll show off next week. (I'll tell you all about it once it's finished or abandoned. Either outcome is possible.)