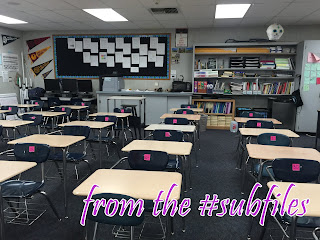 How beginning? As I was explaining the assignment to half of the class (while the other half worked on something different), I noticed that none of them were listening. They were all focused on their computers or phones. I peeked at what they were doing. They were typing in the instructions from their papers into their devices, and the computer was translating into alphabets I did not recognize.

So, I did a lot of pointing after that.

But then we were to play Bingo. It was in the lesson plan, I swear.

As soon as I pulled out the Bingo set, a couple students started passing stuff out. I instructed those who were in charge that they were. And they got to it.

The instruction was that as soon as a number was called, the students were to repeat it back. And once they started doing that, I realized what this assignment was all about.

They were practicing their numbers.

For the most part, things went pretty well. They got confused between numbers like thirteen and thirty. But, it's B13 and I30, so if they said I-thirteen, I immediately knew something was wrong.

They were very shy shouting out "BINGO!" though. I barely heard it.

Then it was a scramble for the prizes. Where were the prizes? At least I found those readily enough.

The assignment may have been about practicing numbers, but the winners wanted their winnings.
Posted by Liz A. at 8:00 AM