It's Been Put Together

The windmill bag was moving along a lot quicker than I anticipated. Right after taking the pictures I used in last weeks blog post, I started on the assembly. 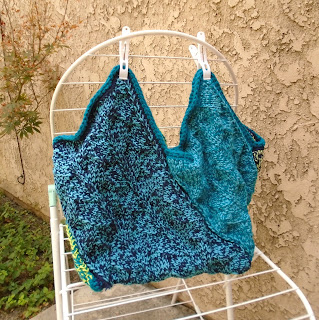 Stitching together the bottom went quickly. Before I knew it, I was stitching up the sides. 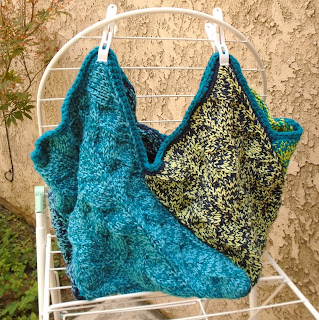 I thought about what sort of border I wanted for the top. I started one round, and then decided that that was enough. 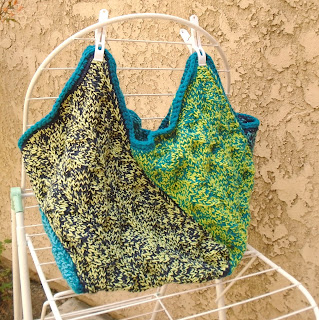 I threw it in the wash. I was doing laundry, and I'd get to the straps/handles soon enough. 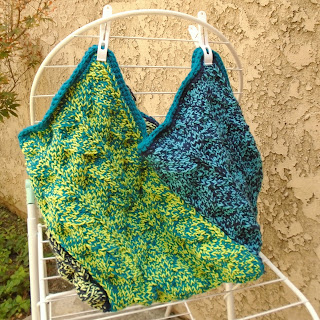 So, yeah, I expected to have a finished bag to post today. It's mostly finished, as you can see. The straps/handles won't take terribly long. But I just have a whole lot less time at the moment to work on them.

The bag turned out bigger than I expected. Here's a view of the inside... 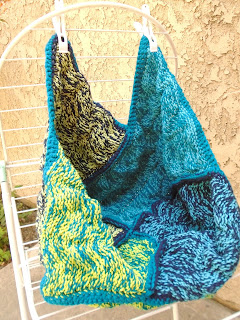 So, overall, I'm pleased. (I didn't really block the thing, that's why the pictures appear lumpy. I'm not going to bother blocking it as it's just for me, and I'm content with the lumpy.) There are a few things I'd do differently, and I may try them on a second attempt at the bag. But not at the moment.

I'm going to be a bit scarce this week. Because everything has to happen at once.

First, the money from the court case finally came through, and the contractor who's going to replace my ceiling is coming this week. So, I'm going to be moving out of my room so he can do that.

And, at the same time, school started. I am covering a vacant class for the first couple weeks, so while I'm displaced, I'll be busy all day at school, and at night I'll be playing catch up with lesson planning and such.

So, I'll be around. I'll get to blog visiting eventually, but it may be later rather than sooner. The dust should settle by the end of the week. Hopefully. We'll see. Wish me luck.
Posted by Liz A. at 8:00 AM