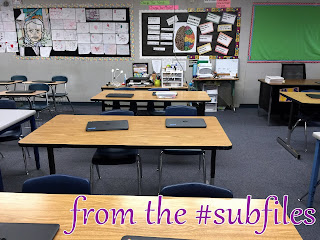 Subs have been in very short supply lately. Things have gotten so bad that nowadays when I'm told there's a co-teacher, I don't expect them.

(If there are normally two teachers in the room, the office is sure to pull the sub to cover for a class with one teacher who is out. If both teachers are out, they'll replace with one sub.)

So, even though the eighth grade English class was co-taught, I was expecting to be the lone adult in the room all day.

Another sub arrived before school. However, first period wasn't co-taught. She explained she was only covering first period for the co-teacher.

I had a brief flash of optimism. Would they period sub the co-teacher? But then I realized they had to cover her first period as she taught that class on her own.

Second period was the teacher's prep (and I was sent elsewhere).

I was surprised when a neighbor teacher showed up for the next class. (The sub shortage is so bad most full time teachers are covering a class on their prep period.) Was I actually going to have help all day?

Spoiler alert: I did have help until sixth period when they had to pull "my" sub to cover for a last minute absence.

In third period, my co-teacher was a history teacher. When the kiddos finished their English assignment, the history teacher had work for them to finish from her class. (I tell early finishers they can work on work from other classes.) It helped a lot with classroom control that many of them were her students, too.

When no one showed immediately for fourth period, I tried to focus on being grateful that I'd had help in the previous class. But then a teacher who works on the other side of campus arrived. Better late than never.

Fifth period knew the other sub pretty well. Ms. H told me she covers PE a lot (which is what she'd been covering all morning). Most of the kiddos knew her from that. (They liked her a lot more than me. Which was cool. They had all sorts of things to tell her.)

At the end of the day as I was checking out, the secretary asked if I was okay with the period subbing of the co-teacher. I was more than okay. Having that extra help is great, especially when both of the class' normal teachers are out. And especially at the middle school level.

Would you have enjoyed having a class taught by two teachers? Do you like having help with your work? 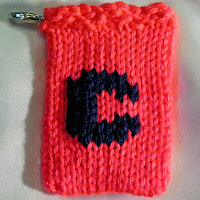 Email ThisBlogThis!Share to TwitterShare to FacebookShare to Pinterest
Labels: #subfiles, 8RE, a to z, middle school, other subs, substitute teaching, team teaching