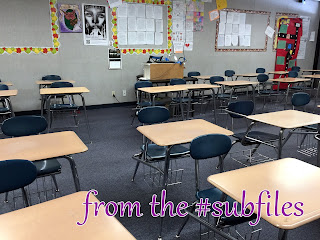 Eighth grade English. Friday. The teacher left them a video.

It was the classic Twilight Zone. We had time to watch two episodes. "The Fugitive" and "Little Girl Lost". (If you want to refresh your memory, they're available on Netflix, Amazon, Hulu, and CBS.com.)

It had been a difficult day. One period would not stop talking. Another whined about having to watch something in black and white. The advanced group was even a challenge to get settled.

I had been warned about sixth period. I braced for the worst.

After booting a kid for defiantly eating in class (his parting shot: "fatty Patty"), the rest of the group sort of almost settled. And then I started the show.

Did they sit back and enjoy the show? Of course not. The kiddos heckled the screen.

They compared the old man in the first episode to R. Kelly. They made fun of the crazy contraption that healed the little girl.

Then there were all sorts of suggestions for the second episode. I had to assure them that the man was the girl's father. (They were dubious on this point.) They urged the father to look in the closet for the little girl. They argued the pocket universe looked dumb. There were references to Poltergeist.

It was like being in an episode of Mystery Science Theater 3000, but rather than a human and two robots, the theater was filled with loud, obnoxious eighth graders.

I begrudgingly admit much of their comments were on point. Alas, the way they commented...
Posted by Liz A. at 8:00 AM