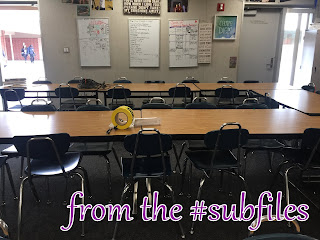 ASB (read: student leadership). I was supposed to cover three days, but I got pulled for one of them.

They were "working in committees", which meant they were treating the time as free. (They were going to be graded on what they had accomplished when the teacher returned, so if they weren't done, they'll regret not doing anything then.)

Second period, talk turned to prom. They were debating the merits of a party bus over a limo. (Apparently driving oneself is not done.)

"The party bus was so fire," the girl said. Apparently her friend's family owns one (the company?).

Then the talk was on where to go eat before. Certain places were "fire" while others weren't.

Yup. Fire. That was the word they kept using. And through context, I was able to figure out that "fire" means good. Really good. Probably what my generation would have called "rad" or "awesome".

Consider yourself up on the current lingo 😉
Posted by Liz A. at 8:00 AM