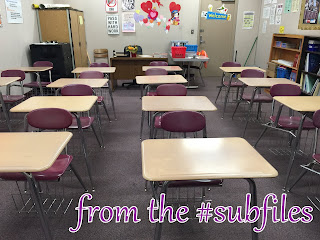 Ninth grade special ed English class. They were doing a lesson on comparative and superlative adjectives.

The instructional aide warned me that fifth period was a bit challenging. Freshman boys? That's kind of like warning me I'll get wet when it's raining.

Liam did all the usual delay tactics. No pencil. No paper. Not sure what to do. Then the assurance he was brilliant and could complete the whole assignment with minimal effort.

Although, when Liam finally did do some work (I was shocked), he did breeze through the first two sets of questions. (I did not check his work, so it might have been sloppily and incompletely done.) The third set of questions had words he was to put in a sentence. Number one was "funny".

I didn't much care what his sentences were, but he felt the need to announce them. (Notably, no other boys in the class felt this need.)

Then he got to number three. "Longer".

Liam: "Mine is longer than everyone's, especially Carl."

I should have seen this coming. Because, seriously, they do have a one track mind.

Me: "There will be no comparing of body parts."

Uh huh. Sure. Arms and legs were what they were thinking. And Mexico is going to pay for that wall.