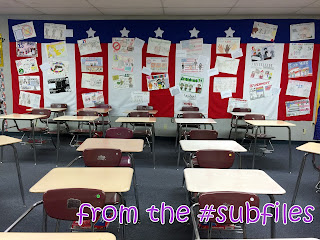 Eighth grade U.S. history. The advanced class. So, that meant no "issues" right?

Fifth period walked in. I gave my usual intro, looking back to the board to point out where I had posted my name for their reference. That's when I noticed the projector was on.

I was not using the projector.

The remote was missing.

I asked nicely for the remote to be returned. They questioned if I was sure the remote had been taken rather than, say, I had misplaced it.

Ahem. I hadn't been using it. It was sitting, minding its own business, on the front table. They sure know how to shift blame...

So, it came time for me to demand the return of school property. (At least this time they weren't offended by my accusations.)

Naturally, no one fessed up. So, it was time to explain what was going to happen if I did not get the remote back. (This explanation comes from experience. It ends with an assistant principal coming to class to search everyone's belongings.)

Less than five minutes later, a student "found" the remote on the floor behind his desk.

Remote returned. All was well.

The culprit? Likely the boy that "found" it.

But honestly, I don't care. If the teacher wants to chase that down, I left her all the particulars, including how that boy had been near the remote at the time it went missing.

My lesson: keep a better eye on random stuff as the kiddos have been walking away with it. Especially eighth graders.

What is something you lose frequently? Do you manage to find it? 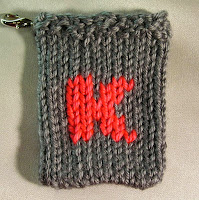 Email ThisBlogThis!Share to TwitterShare to FacebookShare to Pinterest
Labels: #subfiles, 8RE, a to z, lies, middle school, substitute teaching, theft