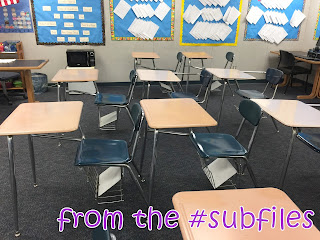 When I called ahead for subbing assignments, I was offered this middle school special ed math class for two days. After the time I had with sixth period, you'd probably think I'd turn it down. (There were other teachers out, so I did have options.)

But the instructional aide, Ms. S, said the rest of the day wasn't so bad, and I knew Ms. S was there the whole day. How bad could it be?

Ms. S and I arrived at the same time on Thursday morning. She clued me in to how things needed to proceed. She'd run things. She knew the kiddos. She knew the routine. I'd just have to follow her lead.

First through fourth periods went pretty well. They were working on solving inequalities and then graphing those answers. We had to take it slow as they were having difficulty. But that was to be expected. That's how things go in a special ed class.

I got to watch what Ms. S did all day. My job was to replicate that for sixth period. I've done that sort of thing before.

Sixth period arrived. And they were pretty much as I remembered them. (Samuel still won't sit. Ashley still won't focus. Edward had been moved, so he and Ashley didn't have issues.)

I attempted to get through the lesson. And I kind of did. It took longer than the other periods. There were all sorts of distractions (*ahem* Samuel. Ashley. *ahem*). But for the most part they let me teach. (Classes don't always. I appreciate it when I am allowed to get them through the lesson.)

I was told they were the brightest group of the day. The were also the largest. Put them in sixth period, and that's why they were the most difficult.

Do you remember what classes you had at the end of the day? Were you burned out by then, or did you have a class in play mode? 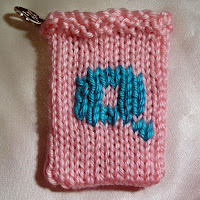