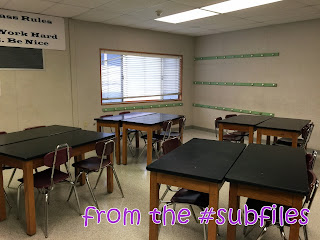 Eighth grade science. They were to watch a video on genetics and answer questions on a handout. (Here's the video if you're interested.)

Showing videos is one of the basic skills any sub needs. I know all the tricks from "press play" to how to set up the computer to hook up to the projector so everyone can watch. I've even figured out how to troubleshoot most of the audio problems that might crop up.

But this day we were doing things very differently.

Each student was assigned an in-class Chromebook. (This is a laptop computer with limited memory but easy connection to the school's wi-fi network.) They were to retrieve their computer, search for the video, and then watch it on their computer on their own.

This is actually kind of a great way to do a video. If they miss something, they can back it up. They listen to it on headphones, so they're locked into their own little world. And I don't have to watch the thing (especially over and over and over again), although I heard bits of it, kind of like a group singing in the round...

The students got their computers. I passed out the questions. I walked around to make sure they all found the correct video. Just as I settled in while they were working, a student raised his hand.

"Can I listen to music?"

I get this question a lot. And the answer is usually yes. When they're doing independent work, it helps some of them focus.

But they were watching a video. With narration. And people explaining things to the camera. They were supposed to listen to it so they could answer the questions.

I was so taken aback by the question that I sputterd a bit. The boy helpfully offered that his teacher sometimes lets them.

I asked how he could listen to music and watch the video. He didn't understand my question.

Flummoxed, I figured trying to explain why the music was a bad idea was just going to go over his head. So, instead I gave him a straight no.

Unless he has some mad listening skills and can listen to music and a video at the same time...

Nah. I'm clearly putting more thought into this than he did. 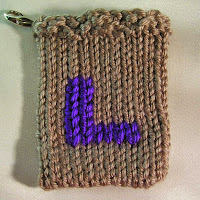