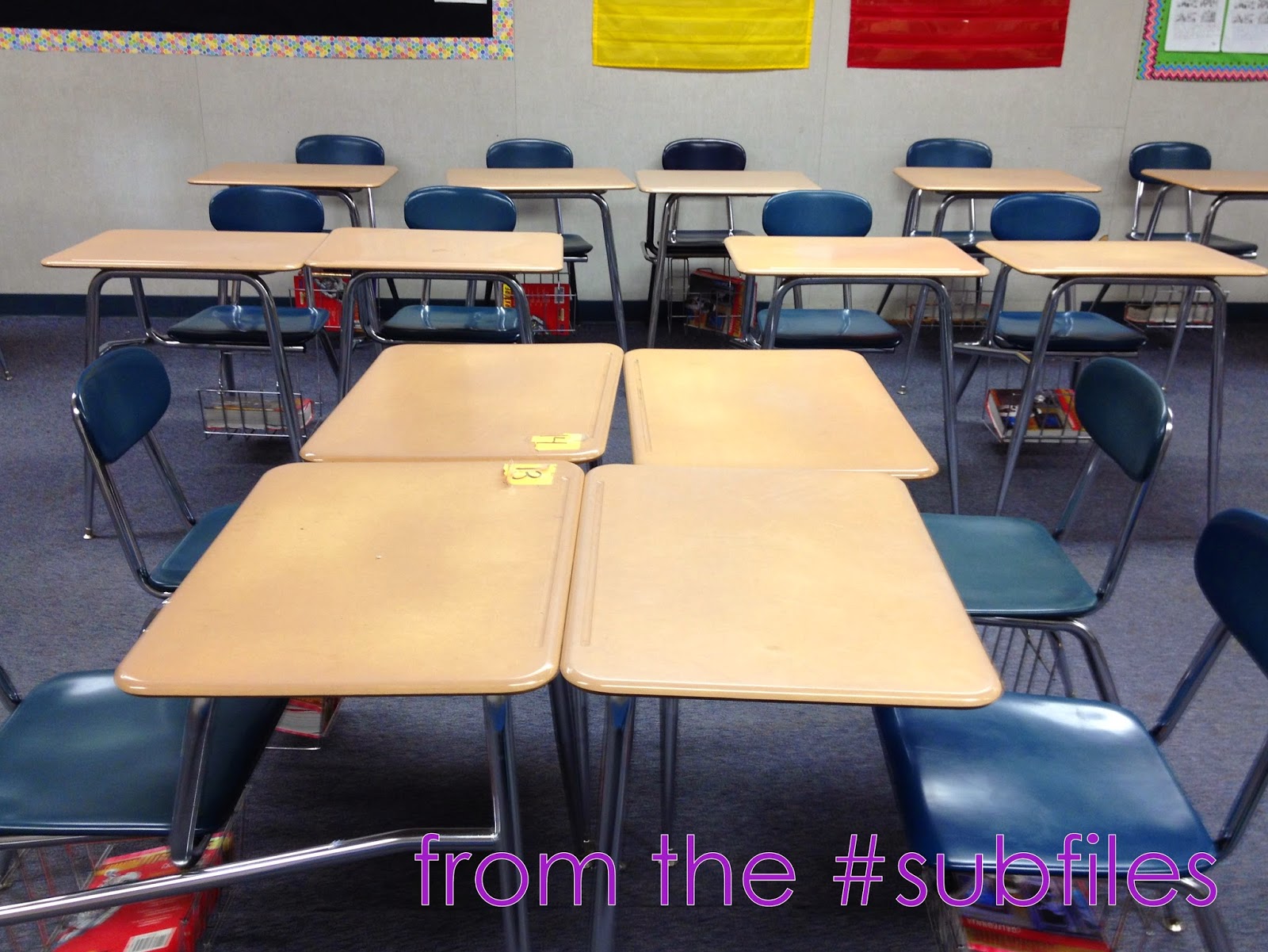 No, the schools where I work are not in session. I write about my previous week, so while we're all on winter break, I still have some subbing stories to share...

8th grade English. It was the beginning of the period, and I was trying to get them settled. The group at the front of the room let me know that one of their tablemates was sitting in the wrong seat.

Which I already knew. There was a boy in Ana's seat. Now I knew where he was supposed to be.

Deon first tried to convince me that the teacher had switched his seat. When I insisted he move, he took it out on his tablemates...

Deon was one of those students. You know what I mean? Perhaps not. Politely, I'll call him a student that I need to "keep an eye on". While I tried to settle the class, he did everything in his power to undermine my work. He'd get up to "sharpen his pencil" or "get a tissue". He needed  to "use the restroom" while I was in the middle of giving the class instruction. Which meant I'd have to stop, leaving the whole class hanging while I dealt with him.

When the subject of names in my note came up, Deon naturally asked. Of course he was listed. He wanted to know why.

Oh, so many reasons. Where to begin? Well, might as well begin at the beginning--the first offense. The "snitches" comment (and the not-being-in-assigned-seat-and-lying-about-it).

"But I can say that! My history teacher told us about the First Amendment. I have freedom of speech. I can say what I want."

Um, sure, sort of. But this wasn't opinion. This was a threat. I could be wrong about this (I probably am), but I don't think that name-calling is protected speech. Especially not in a classroom. And the term "snitches" usually implies something is going to happen ("snitches get stitches").

Of course, he took issue with my assessment. Arguing that it wasn't a threat. Arguing I couldn't name him in my note just for that. (If only that was his only offense. And the First Amendment goes both ways.)

And now I had him for arguing with me and disrupting class again (this wasn't a conversation just between us two. No. Deon managed to make this a discussion that everyone heard).
Posted by Liz A. at 8:00 AM