Every Shade of Blue

On Monday I showed off my Christmas knitting. Remember HapkidoKid's hat? 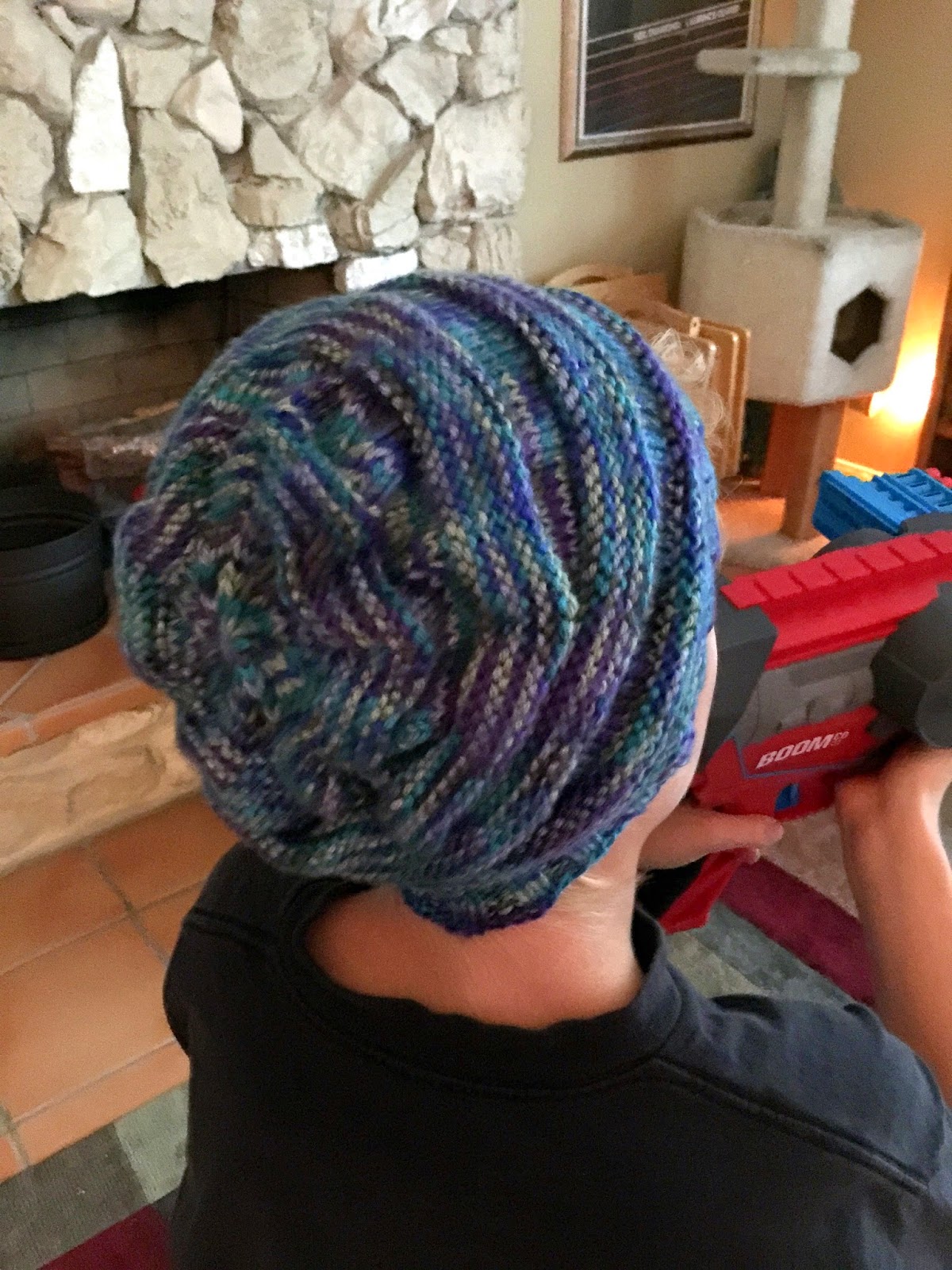 There's a bit of a story behind it. And that includes how it's made.

At Thanksgiving, not sure what I was going to knit for Christmas, I asked the elder two nephews if they'd want hats for Christmas. HapkidoKid wasn't all that interested until his mom reminded him that he liked the slouchy beanie look. I can do slouchy beanie.

I asked HapkidoKid what color he wanted, and he talked about blue stripes. He rattled off a bunch of different colors when his mom again stepped in. She informed him that they make variegated yarns that have many shades of blue in them. He liked this idea.

Armed with a vague idea of what I wanted to knit (I saw this type of hat on someone else and knew immediately I had to knit one), I went to the yarn store in search of variegated blue yarns. And found two likely skeins. One had a more muted palate while the other was much brighter. 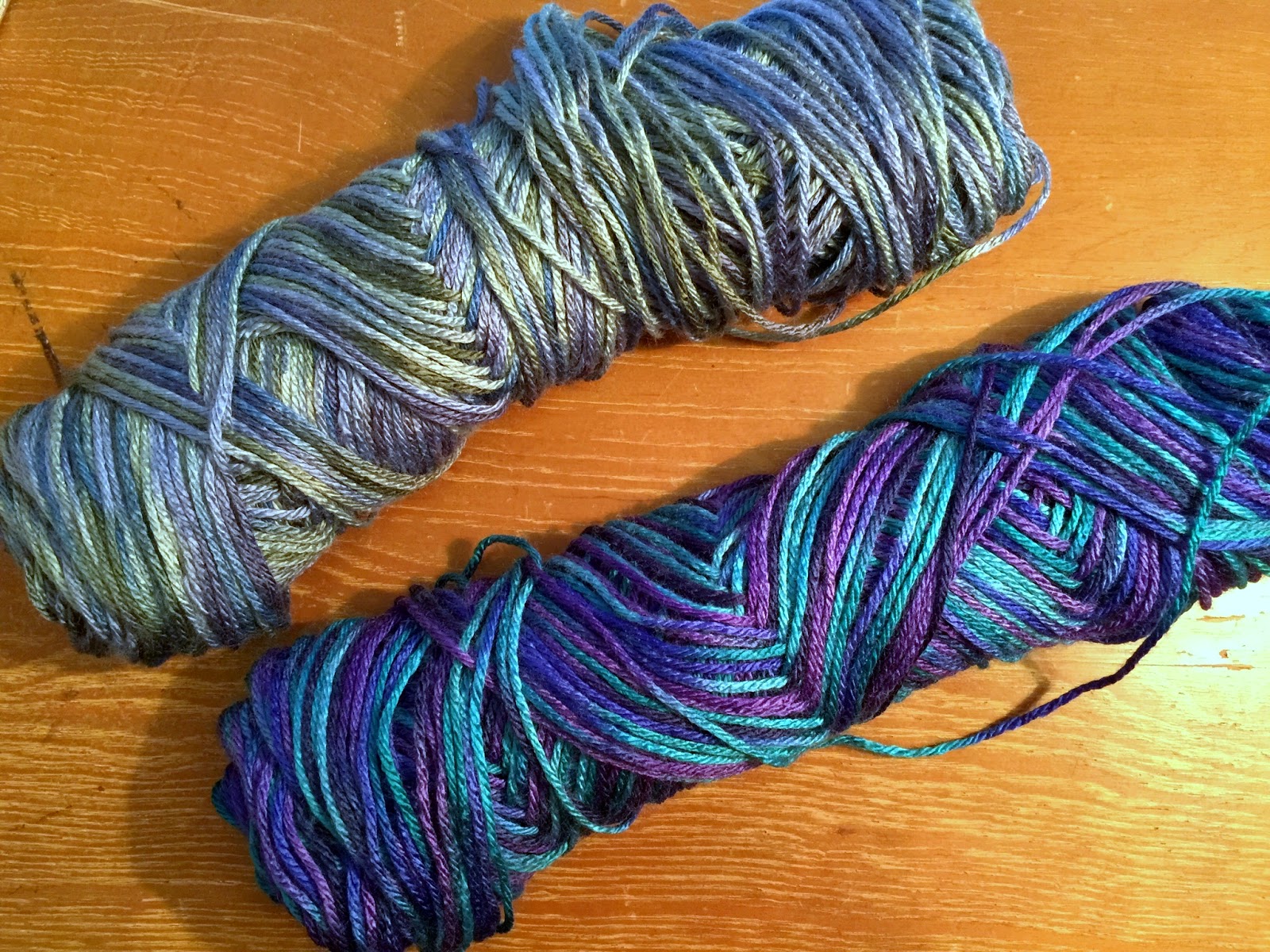 See, there is this thing called pooling. And one way to avoid pooling, especially when one is knitting to deadline and doesn't have time to knit and rip out a few times to get a desired effect, is to alternate yarns. I was going to get two of the same colorway and alternate them, but in the yarn store it occurred to me that two different colorways both in the blue family might look nice together.

Or it might have turned into a disaster. Could go either way. 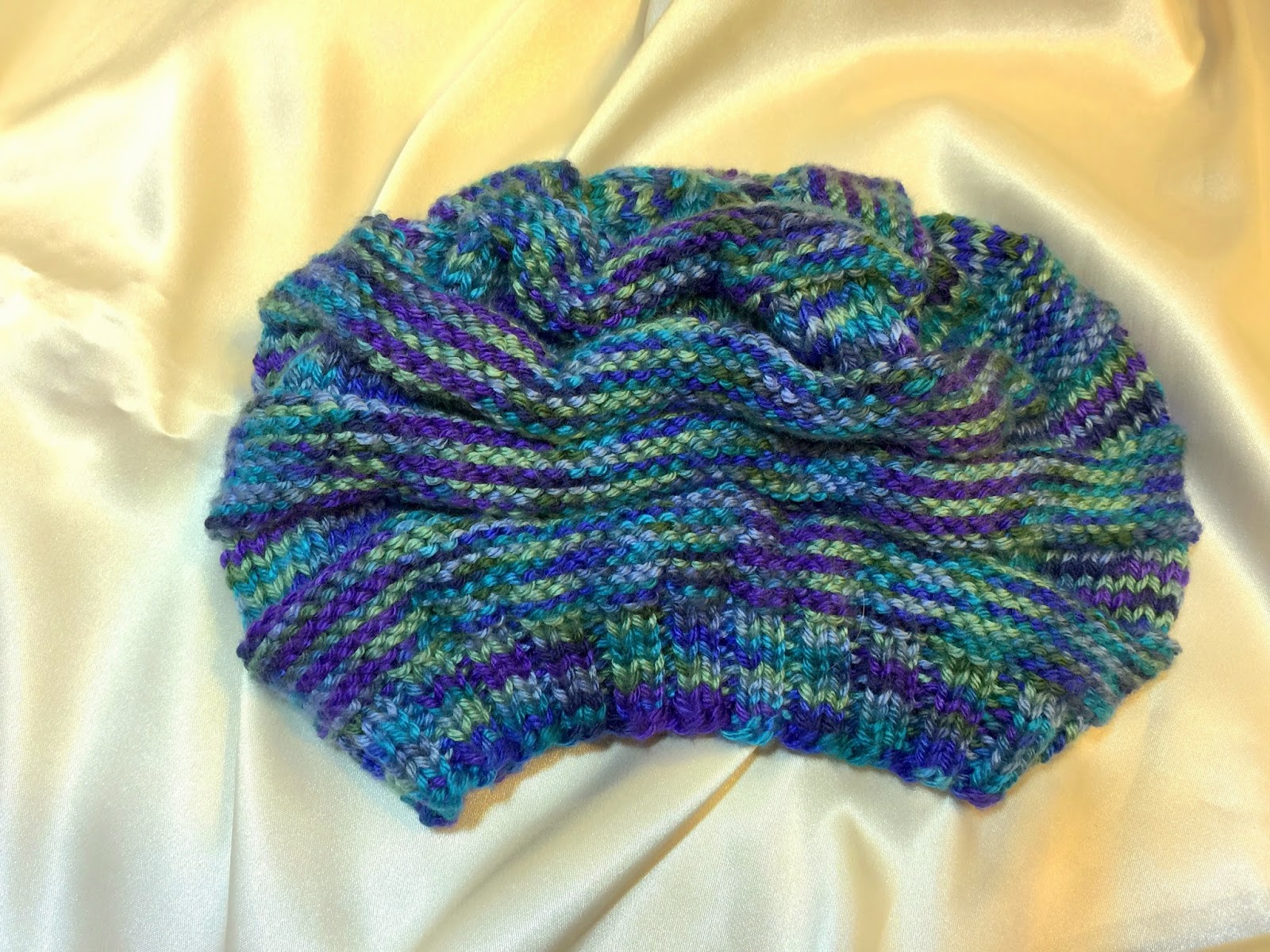 So, this thing was knit alternating between Caron Simply Soft Paints in Oceana and Spring Brook. For the ribbing, I started with Oceana, worked two rounds, and then switched to Spring Brook. Once I started the stripey portion, I switched yarns every round. Sort of.

It occurred to me that if I switched yarns at the same point every round, there would be a visible spot where this all happened. So, instead I staggered the switch. Each round, I overlapped the yarn by three to five stitches before switching to the other yarn. It gave the hat a diagonal float that swirled around the hat on the inside, but you can't tell where the switches are made on the outside.

I did the same with the stockinette and reverse stockinette stripes. Each stripe is eight rounds, which gave me a little over an inch each. But I didn't go from purl to knit at the beginning of the round. I staggered it.

I alternated purl stripes with knit stripes, starting the decrease at the top of the hat in a purl stripe so that it would end in a knit stripe. 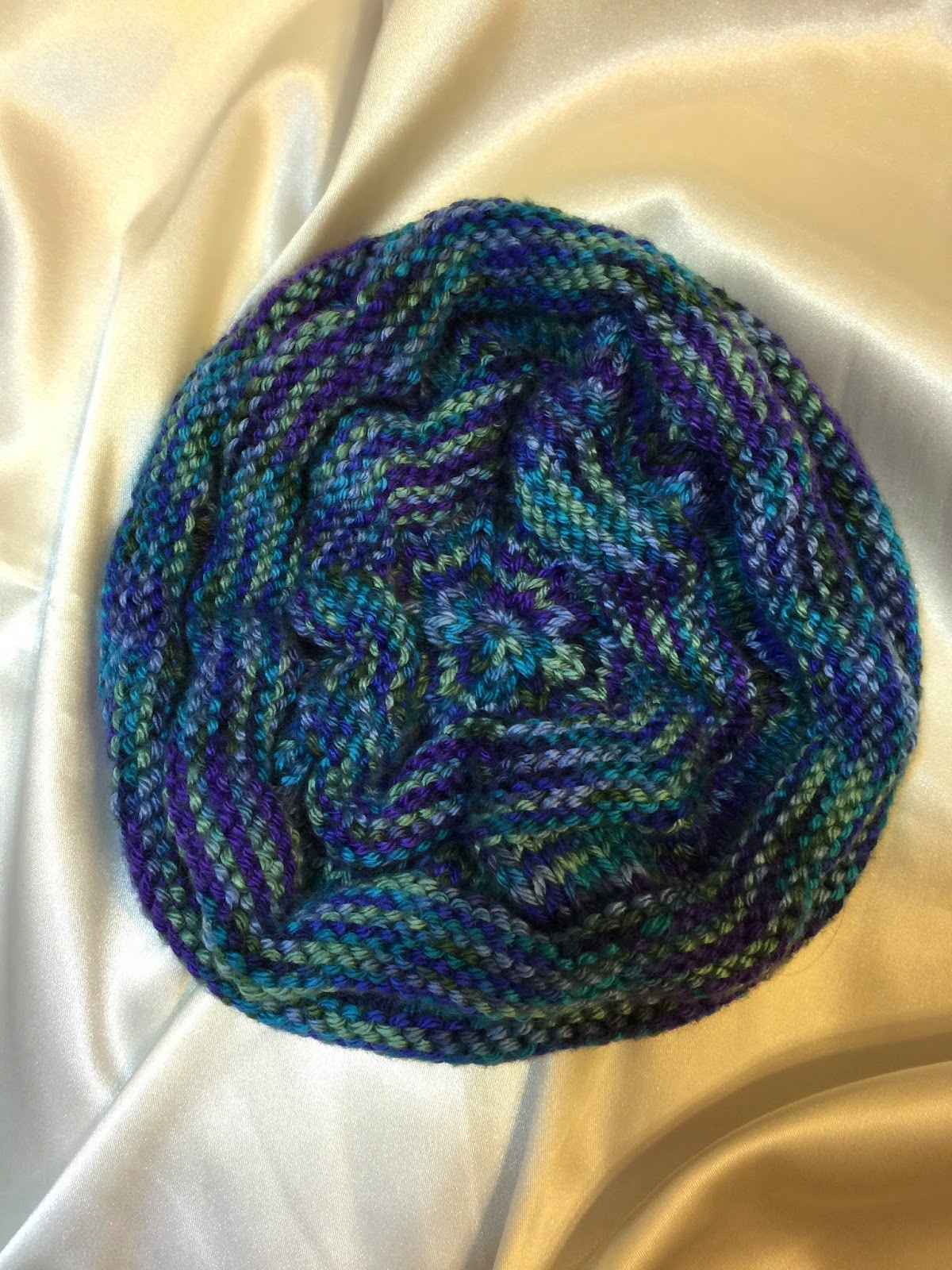 And that's how I got those effects. In case anyone wants to replicate this.

(I'm thinking I might make one for my shop. What do you think? Think anyone would be interested in purchasing one?)
Posted by Liz A. at 8:00 AM