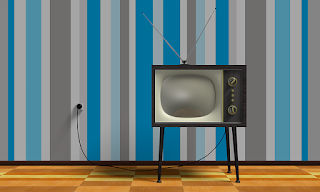 There's a treasure trove of programming on YouTube. Many shows I remember fondly have ended up there. On subbing-free Wednesdays, I'll present a random video that I loved back in the day. Some of these may not have aged all that well. If you have some time, come on and take a trip down memory lane with me.
You think you know history? Maybe not as much as you would think.
History's Mysteries was a show that aired on the History Channel from 1998 to 2011. (Although, I wouldn't be surprised if they still aired some episodes from time to time.) What was it about? Weird stuff you may not have heard of before. Or, if you were familiar with the topic, you would still learn something new.
Like, did you know that the Titanic had two sister ships that also had disasters at sea? And did you know that one woman survived all three? "Doomed Sisters of Titanic".
Or, was Marco Polo an explorer, or were the tales of his travels fake? "The True Story of Marco Polo".
The episodes were an hour with commercials, so on YouTube they're about 45 minutes. Just by doing a cursory search, I'm finding dozens of episodes, most of which I haven't seen. (Now I know what I'm going to be streaming this summer.)
For today's embedded video, I'm presenting one that blew my mind when I first saw it. It's about Area 51. The thing that dropped my jaw on the floor, which happens towards the end of the show, gave a fascinating reason why there were all sorts of rumors about aliens. I've never looked at reports out of Area 51 without some incredulity since.
Have you ever seen History's Mysteries before? If you get a chance to watch the video, I'd love to hear your reaction to the bombshell at about 30ish minutes.
Posted by Liz A. at 8:00 AM