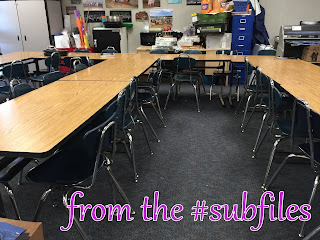 This is the sort of thing I'd expect to happen while Mercury was in retrograde...

"Is John Smith there?"

The quickest way to find out is to call the name. John turned around.

The caller explained. He was the teacher in room B2, Mr. S. (I've subbed for him before. It's a computer class.) He had gotten a pass that should have come to me in room 302. (How B2 and 302 look alike...?) Rather than getting someone to bring it to me (I was on the opposite side of campus), he gave me the info.

So, I sent John to the attendance office to see someone who's name I didn't catch. (It didn't sound familiar, so I didn't retain it.) I explained the situation to John and hoped for the best.

A few minutes later, I got a call from the main office...

So, yeah, not enough information.

I explained that I didn't have the pass, so the secretary had to call Mr. S.

John returned shortly thereafter with an envelope in hand. So, he found who he needed. Eventually.
Posted by Liz A. at 8:00 AM