Back in January, I previewed the water bottle cover I'd made. 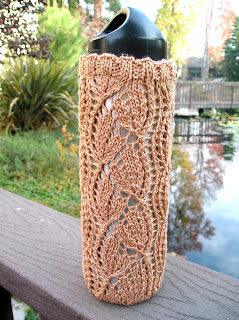 What I didn't mention was that I had submitted the pattern to a publication in hopes they would publish. Alas, they passed. But, they gave me an interesting note. They said that the pattern would have been better if it had been more of a formula so that anyone could cover any size bottle.

Well, that's something I can work with.

I sat with the idea for a while. How could I come up with such a formula? I knew what I had done to figure out how to make my knitting fit my water bottle. How could I put that in pattern form?

This is why I'm only putting this pattern out now, in July, when it was initially completed before January.

The solution I came up with was to create a worksheet-style addition. And by self-publishing a PDF, I could make the pattern as long as needed. (Publications have space considerations.)

The pattern is now in three parts. Part one contains the basics of construction. Part two has the instructions on how to complete the math to figure out how many stitches are needed. And part three is a fill-in-the-blank worksheet where the math can be done. Oh, and then there's the stitch pattern and such.

Whichever parts someone needs can be printed out, and the unneeded sections can be ignored.

I think it's a rather elegant solution. But time will tell if I'm alone in that opinion.

I created a Pinterest-type photo to make pinning the link easier... 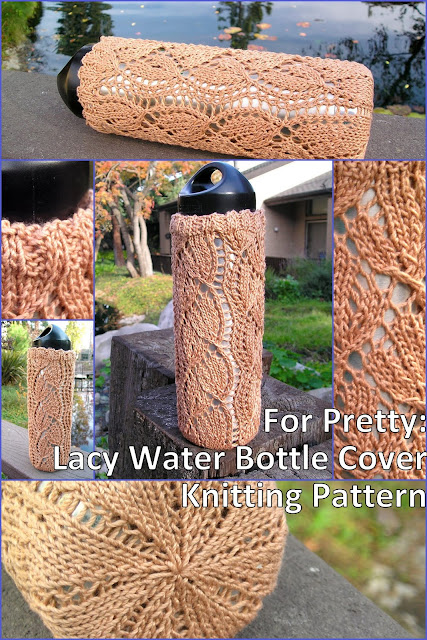 Here are the links on where the pattern can be purchased: