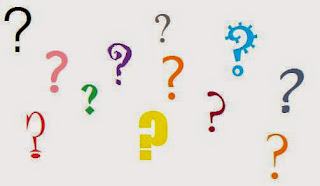 There's a new show on TV Land called Younger that I've started watching. I'll just give you the blurb from their website:


"Younger" follows 40-year-old Liza (Foster), a suddenly single mother who tries to get back into the working world, only to find out it's nearly impossible to start at the bottom at her age. When a chance encounter with a 20-something guy at a bar convinces her she looks younger than she is, Liza tries to pass herself off as 26 -- with the help of a makeover, courtesy of her best friend Maggie (Mazar). Armed with new confidence, she lands a job as an assistant to the temperamental Diana (Shor) and teams up with her new co-worker and fellow 20-something Kelsey (Duff) to make it in the career of her dreams.

It's light and fun. But since the central conceit is a lie, it makes me think...

What if you were telling a minor (in the grand scheme of things) lie to someone who was becoming a new best friend (like your age or ethnic background)? How long would you keep up the lie? If someone was telling you that lie, would it make you angry to find out about it later?
Posted by Liz A. at 8:00 AM