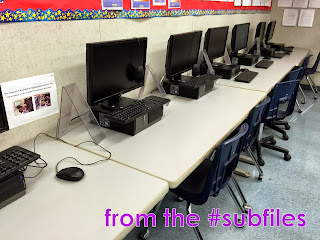 No, this is not his real name. I never use real names. They are minors...

I've known Cesar for a couple years now. He's... distinctive. He stands about 6' 2" and he wears his hair in a huge Afro which adds at least another 2 inches to his height. He's not African-American, though. He's probably Latino, although I can't be sure.

It was the computer class at the continuation high school. I approached because Cesar was not on task. He had other things on his mind. He asked me if I was familiar with a local comedy club. Familiar might be overstating, but I was aware the place existed.

Cesar had gone to see a show. He thought it was hilarious that the comedian had gone after him for probably being high. He said it was ironic as he had been high.

I tried to explain this was not irony. Irony is when something is the opposite of what's expected.

I could see how the comedian had chosen Cesar to go after. He was ripe for mocking.

"What did he say about your collar?"

Cesar: "I had my head down. He didn't see the collar."

Too bad. Perhaps if the comedian had looked a little closer, he would have also noticed Cesar's hands. All of the fingernails on one hand are filed to points, kind of like claws.

Yet, with all this, he's a very easy going guy. I don't generally have issues with him in class. He never talks back. He's never rude or disrespectful. Getting his work done, however...

Ah well. (I've wanted to write about him for a while, but he's never given me a good reason to. Finally, I have a reason to mention him.)
Posted by Liz A. at 8:00 AM