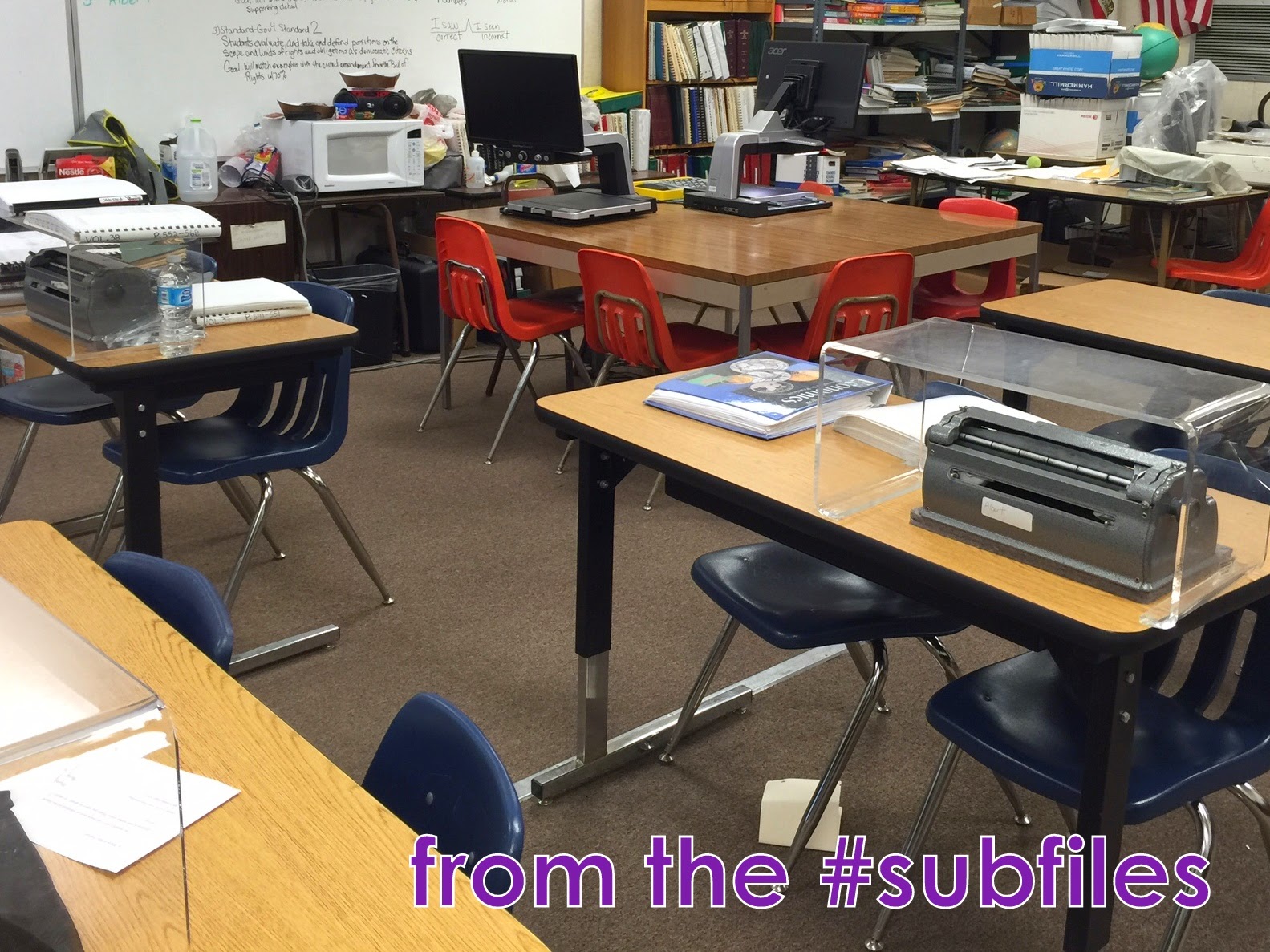 Last week I covered the visually impaired classes for two days. One of the students is mostly mainstreamed, and she only joins us for 6th period. Another student is only with us for half the day as she takes regular classes the rest of the day. One student has a one-to-one aide who she spends most of her time with.

I spent most of the two days with Ubaldo.

Ubaldo has a kind of gangster vibe going. He acts tough. But he's struggling.

He had braille copies of the books and assignments. I had print copies, so I knew what his braille copies said. He would get frustrated that he couldn't find answers. I would give him hints to help him figure out where those answers were.

Things went pretty well, but because he took so much time in finding answers, by 6th period, he had quite a bit of work to finish up. And since he had not done his homework from earlier in the week, that work was really piling up.

6th period on my last day, Ubaldo went through what he needed to get done with the help of an aide. Which did he want to do: the easier work or the harder work? (I can make arguments for either, depending.) Get more done or get the harder government assignment out of the way? They decided, and I focused on the student in math.

Suddenly, Ubaldo exploded. He stormed out of the room, hitting the doorframe on the way out. And pounding on the wall once he was outside.

His aide explained that he has a tendency to act out, but they've been trying to curb him of that habit.

Well, he saved the explosion for the end of the second day. So, pretty good all in all.

*Not his real name. I never use the students' real names here. They are minors, after all.

Do you know how to read braille? If you could, would you learn? We're almost done with the Challenge--are you ready for it to be over?