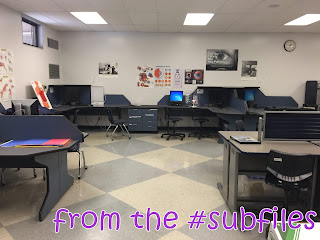 The class was intro to health careers. I have discussed the specifics of this class before. It's the end of the year, and they were working on an end-of-the-year calender project.

Three girls approached me. They asked to go to the library to print out items for their project.

I grabbed a pass, filled out the bits I knew (date, room number, where they were going, period, time), signed my name at the bottom, and then I asked for their names.

The first girl said her name. Then, without missing a beat, she began spelling it. The second girl did exactly the same. As did the third.

I appreciated the consideration. All three had the kind of names I highlight on my sidebar under "Student Name of the Week". (One of their names may--or may not--be there right now.)

"Used to having to spell your names out?" I asked.

I recognize the habit. It is my own. Not my first name. I figure most people can handle that. But my last name is one that most people have never heard before. I often say it and then spell it out (when in a situation in which someone is writing it down).

I wonder at parents who give their children such "interesting" names. Don't they know the lifetime of hassle these names bring?

Ah well. I guess they get used to it at some point. Either that, or when they're old enough they change it to something easier to spell.
Posted by Liz A. at 8:00 AM