Last week I mentioned the flip-flop keychain that I just had to make. Yeah, those got done sooner rather than later... 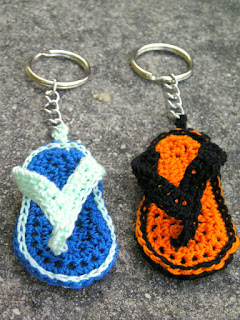 Aren't they just the cutest things? From this picture you can't really tell scale. Maybe from this one... 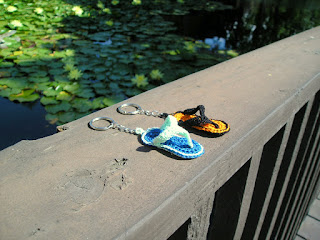 Yes, I made two. After finishing the first one... 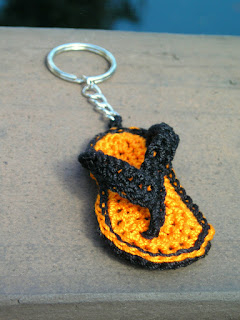 ...(in orange, naturally), I needed to make another right away. 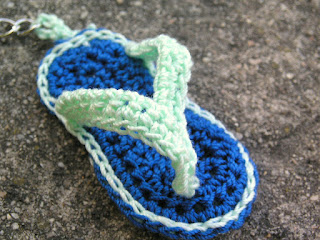 I mean, once I got the hang of it, they were kind of fun.

And by "get the hang of it", there were some transcription problems. The pattern is actually a video. In Italian. But someone kindly captioned it in English.

I don't work well having to refer back to a video. I need the instructions printed on paper. So, I wrote out the instructions. However, I misinterpreted the toe part of the sole, and that made for some mistakes early on.

Once I found that mistake, I was good to go. 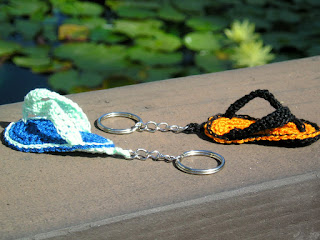 And if anyone would like me to make them one, I will sell these in your choice of colors (depending on if I can get the crochet thread in that color). I'm not sure of price yet, though.

If you crochet, here's the video (in case you're looking for a new project).